Tom McCarthy has signed on to direct and co-write the script with Josh Singer.

by Tatiana Siegel
In a move certain to spark controversy, DreamWorks Studios and Participant Media have acquired film rights to the story of the Catholic Church’s decades-long cover-up of its pedophile priests in Massachusetts as uncovered during a yearlong investigation by the Boston Globe. 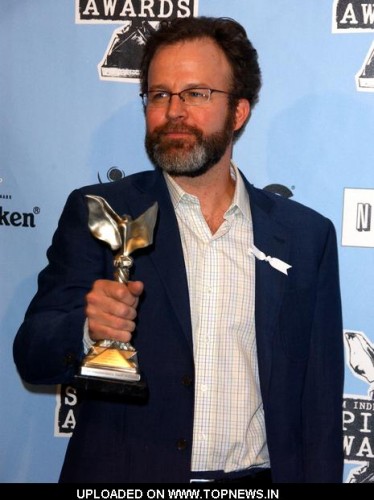 Tom McCarthy (The Visitor) has signed on to direct and co-write the script with Josh Singer (the upcoming WikiLeaks movie The Fifth Estate).

Anonymous Content’s Michael Sugar and Steve Golin and Rocklin/Faust’s Nicole Rocklin and Blye Faust will produce. David Mizner, who brought the project to the producers, will serve as a consultant and associate producer. Participant’s Jonathan King and Jeff Skoll will serve as executive producers.

The team spent a year interviewing victims and reviewing thousands of pages of documents and discovered years of cover-up by Church leadership. Their reporting eventually led to the resignation of Cardinal Bernard Law, who had hidden years of serial abuse by other priests and opened the floodgates to other revelations of molestation and cover-ups around the world that still reverberate today.

The Globe team won the 2003 Pulitzer Prize for Public Service “for its courageous, comprehensive coverage of sexual abuse by priests, an effort that pierced secrecy; stirred local, national and international reaction; and produced changes in the Roman Catholic Church.”

The Church has been very vocal in the past about films they see as depicting the faith in a negative light and organized boycotts of movies including The Da Vinci Code.

“The Boston Globe’s coverage of the Catholic priest scandal opened the door to a bigger story that had worldwide ramifications,” DreamWorks president Holly Bario. “The story of how this team of editors and reporters came to uncover the truth will make a dramatic and compelling film, especially with the talents of our director Tom McCarthy and his co-screenwriter Josh Singer on board.”

Added King: “It’s great to be back in business once again with our friends at DreamWorks and Anonymous, especially on such a powerful and still-evolving story. We have been eager to do another movie with Tom McCarthy ever since The Visitor'”

The project marks the sixth collaboration between DreamWorks and Participant, having previously partnered on The Fifth Estate — which is due in theaters Nov. 15 — Steven Spielberg’s Lincoln, the 2011 hit The Help, The Kite Runner and The Soloist.

Participant is no stranger to hot-button topics like the Catholic Church scandal. The company also backed such films as the documentaries An Inconvenient Truth and Food, Inc. Other Participant films include Good Night, and Good Luck; Charlie Wilson’s War; Waiting for Superman; The Best Exotic Marigold Hotel; and last year’s No, an Academy Award nominee for best foreign-language film.

In addition to The Visitor, McCarthy wrote and directed The Station Agent and Win Win. He was nominated for an Oscar for co-creating the story of Pixar’s Up. McCarthy also wrote the screenplay for the Disney film The Million Dollar Arm, starring Jon Hamm, which begins shooting in May. He is repped by the Gersh Agency and attorney Andrew Hurwitz.

Singer, a veteran TV writer, has worked on such shows as The West Wing, Law & Order: SVU, Lie to Me and Fringe. He is repped by WME and Anonymous Content.