The Catholic Archdiocese of New Orleans has apologized for its lack of sympathy 40 years ago over the Upstairs Lounge bar fire that killed 32, while the city’s mayor has marked the anniversary with an official certificate 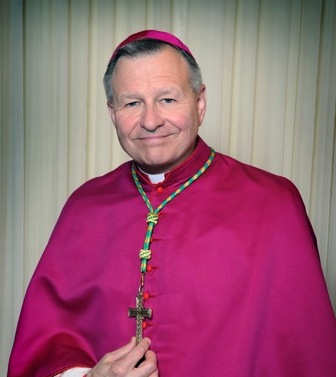 New Orleans Catholic Archbishop Gregory Aymond has apologized for his church’s silence 40 years ago when 32 people were burnt to death in the Upstairs Lounge bar fire.

On 24 June, 1973, staff at the Upstairs Lounge bar answered the door only to find it engulfed with flames.

Staff managed to evacuate 30 people from the building while the fire spread but 29 people died in the 16 minute blaze and three died later from their injuries. A further 15 people were injured in the blaze.

It is believed that Rodger Dale Nunez, who was suffering from a brain tumor, lit the fire. He was questioned by police but escaped after he was hospitalized for convulsions and was never recaptured before he killed himself a year later.

Church and city officials ignored the tragedy which is the worst mass killing of LGBT people in US history.

However on the eve of the 40th anniversary of the fire, Archbishop Aymond released a statement to TIME magazine apologizing for the church’s silence at the time.

‘In retrospect, if we did not release a statement we should have to be in solidarity with the victims and their families,’ Aymond told TIME magazine.

‘The church does not condone violence and hatred. If we did not extend our care and condolences, I deeply apologize.’

Three of the dead were never identified and many relatives of the victims refused to claim their ashes out of homophobic shame. 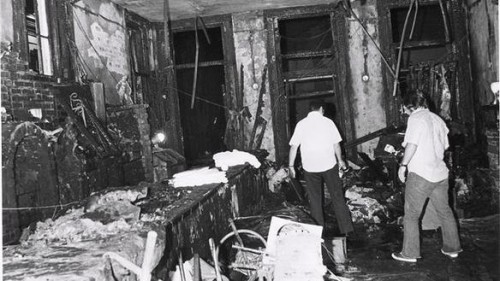 New Orleans mayor in 1973, Moon Landrieu, ignored the tragedy, but his son, the present mayor of New Orleans, issued an official certificate commemorating the anniversary this year.

Events planned to mark the anniversary include a lecture on the tragedy at the Historic New Orleans Collection and a traditional New Orleans style jazz funeral march from the Collection to the site of the fire.

A musical about the fire is also being staged.

Time published a feature on the fire this week and a documentary about the fire, Upstairs Inferno, is currently in pre-production.