Here’s a tip:  when your apology includes words like, “mistakes were made,” instead of “we apologize for raping your children,” your apology is no apology at all.

One of Scotland’s most senior clerics has apologised for decades of physical and sexual abuse of pupils at a Catholic boarding school.

The Bishop of Aberdeen, Hugh Gilbert, addressed parishioners at Fort Augustus in the Highlands.

His statement came after the BBC found evidence of physical and sexual abuse by monks at Fort Augustus Abbey School and its prep school in East Lothian.

The Benedictine order which ran the schools, has already apologised. 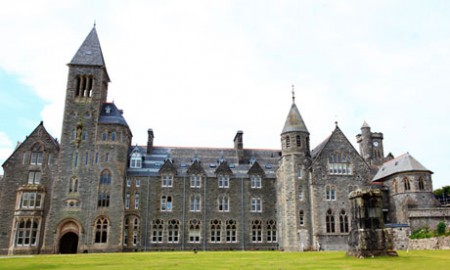 Bishop Gilbert’s address is the first time a senior cleric has spoken publicly about abuse at the abbey schools.

He told parishoners: “It is a most bitter, shaming and distressing thing that in this former abbey school a small number of baptised, consecrated and ordained Christian men physically or sexually abused those in their care.

“I know that Abbot Richard Yeo has offered an apology to those who have suffered such abuse and I join him in that.

“We are anxious that there be a thorough police investigation into all this. And, that all that can be done should be done for the victims. All of us must surely pray for those who have suffered.”

BBC Scotland spoke to more than 50 former pupils during its six-month investigation.

Many said they had nothing but good memories of the schools, but the BBC also heard accounts from old boys of serious physical violence and sexual assault, including rape, by monks over a 30-year period.

Two headmasters have also been accused of covering-up the abuse.

And the documentary contained allegations that the abbey was used as a “dumping ground” for problem clergy who had confessed to abusing children.

Mark Daly, BBC Scotland’s investigations correspondent, who broke the story, said the apology was significant because it was the first time a senior clergyman had addressed the allegations since the programme went out almost a week ago.
Fort Augustus Abbey Fort Augustus Abbey School was one of the most prestigious Catholic boarding schools in Scotland

He said: “The allegations centred on monks from the Benedictine congregation, which is essentially an autonomous order within the Catholic Church.

“But the evidence we obtained about offences was that they all happened on Scottish soil, they happened to Scottish Catholics – they’re all part of the Catholic flock, as far as the victims are concerned.

“And from the victims’ point of view, they have been waiting for something from the senior clergy in the Church so today will have been something significant.”

Since the programme was broadcast, the BBC has been contacted by other former pupils with similar claims of abuse, right up until the boarding school closed in the 1990s. Police Scotland have confirmed they are investigating the allegations.
‘Annual audits’

Dom Richard Yeo, the Abbot President of the Benedictines order which ran the school, apologised on the programme and said mistakes were made.

“All I can say is that I’m sorry that it happened, it shouldn’t have happened,” he said.

The Catholic Church in Scotland has said it would publish details of its annual audits, which deal with abuse allegations dating back to 2006.

Bishop Gilbert said: “The Catholic Church in Scotland has been addressing this issue increasingly effectively in recent years.

“We want to work with all public bodies who care for the young and vulnerable adults.

“We wish to share our experience and share best practice so that lessons can be learned and children can always be fully protected.”