File under: How refreshingly heterosexual

By Melissa Hanson and Peter Schworm

An official of the Archdiocese of Boston pleaded not guilty today after he was allegedly found with a prostitute behind a cemetery. 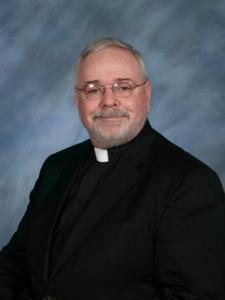 Monsignor Arthur Coyle, 62, of Lowell was arraigned this morning in Lowell District Court. He was ordered held on $500 cash bail and will return to court Sept. 16 for a pretrial conference, said Middlesex district attorney’s spokeswoman Stephanie Guyotte.

In a statement released this afternoon, the archdiocese said Coyle had voluntarily taken a leave of absence from his post as episcopal vicar for the Merrimack Region, a post he has held since 2008.

“While on administrative leave, Msgr. Coyle is prohibited from performing any public ministry,’’ the archdiocese said in the statement. “These restrictions will remain in place pending the outcome of the case. The steps taken today do not represent a determination of Msgr. Coyle’s guilt or innocence as it pertains to these charges.’’

The statement concluded with the sentence, “The Archdiocese asks for prayers for all impacted by this matter.’’

Coyle was arrested at 5:19 p.m. Sunday after he offered a prostitute money for sex, said Lowell Police Captain Kelly Richardson. In a report filed in court, police quoted Coyle as telling them that he had paid a woman working as a prostitute $40 for oral sex. Coyle told police the sex act had not been completed, the report said.

Police had spotted Coyle’s black Chevy Equinox and noticed he had a “known prostitute” in the passenger seat, the report said. After the vehicle parked behind the Polish Cemetery in Lowell, officers waited five minutes, then approached the vehicle and separated Coyle from the alleged prostitute, Siriwan Kongkaen, 38, police said in the report.

Coyle has been charged with paying a fee for sexual conduct.

According to the police report, Kongkaen has been arrested multiple times in the past for prostitution and narcotics-related offenses.

The report also said Coyle had been spotted in the past circling neighborhoods known for prostitution, noting, in particular, an incident in November. Police had seen Coyle in his Equinox circling the area of Linden Street by Union Street and stopped him. When police asked why he had been circling an area known for prostitution, he denied doing so and went home, the report said.

Coyle was ordained a priest in 1977 and appointed an episcopal vicar, a high-ranking official in the church, in 2008, according to the archdiocese’s website.