A Kansas City Catholic priest was sentenced to 50 years in prison on Thursday on federal child pornography charges for taking sexually explicit photos of several young girls, including a 2-year-old. 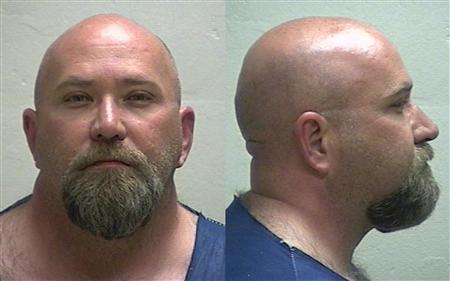 “Society needs to be protected from you,” U.S. District Judge Gary Fenner told Ratigan before he pronounced the sentence. “You did this to yourself.”

Prosecutors had sought the 50-year sentence, which they had said would amount to a life term, after it was discovered that he had taken hundreds of lewd photographs of young girls.

Ratigan, who was shackled and wore an orange jail jumpsuit, had pleaded with the judge to sentence him to 15 years in prison, the shortest term possible.

“There are no words that I can express to tell you my sorrow, but it’s there,” Ratigan told the judge. “I just couldn’t help it.”

“I know that God has forgiven me, my soul is in good shape,” Ratigan said.

Prosecutors said Ratigan focused on girls from 2 to 12 years old and had committed multiple crimes over six years. Several counts were dropped as part of the plea agreement.

The mother of a 2-year-old girl who Ratigan was convicted of abusing, told the judge the priest should be put away for the full term because his actions had taken a lasting toll on the girl, her family and rocked their faith in the church.

“Our baby, our little girl, has suffered,” said the woman, who was not identified in court. “There are monsters everywhere.”

Ratigan had been known by members of the Catholic Diocese of Kansas City-St. Joseph as a fun-loving priest who had a special fondness for recording children’s parties and events with his camera. His arrest in May 2011 rocked the community.

Outrage grew when evidence uncovered in the case revealed that Bishop Robert Finn and other diocese officials became aware of Ratigan’s actions in December 2010 after photos were found on his laptop computer while it was being repaired, but did not notify authorities until May 2011.

Church officials ordered Ratigan to undergo psychological counseling and stay away from children instead of turning him in immediately. During that period, Ratigan continued to engage in activities with children and take more pornographic pictures.

Finn was charged with failing to report Ratigan to authorities, becoming the highest-ranking U.S. Catholic official to face criminal charges in connection with a sexual abuse case involving a priest.

Finn was found guilty in September 2012 of one misdemeanor count and sentenced to two years probation.

More than two dozen civil lawsuits have been filed by victims of Ratigan naming the priest, the Kansas City diocese and/or Finn as defendants.

“The victims are going to find closure in this sentence,” said Rebecca Randles, an attorney who represents most of the plaintiffs in the cases.

Evidence showed Ratigan’s photos included close-up pictures of the children’s genitals. One child was photographed without pants next to a stained glass window in the choir loft of a church where Ratigan served as pastor, according to court documents.

Some photos were taken “in trusted environments under the noses of the victims’ parents,” prosecutors said in a report justifying their request for a 50-year sentence.