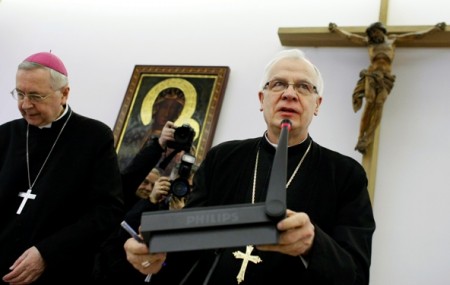 Hans Kueng, Roman Catholicism’s best known rebel theologian, is considering capping a life of challenges to the Vatican with a final act of dissent – assisted suicide.

Kueng, now 85 and suffering from Parkinson’s disease, writes in final volume of his memoirs that people have a right to “surrender” their lives to God voluntarily if illness, pain or dementia make further living unbearable.

The Catholic Church rejects assisted suicide, which is allowed in Kueng’s native Switzerland as well as Belgium, the Netherlands, Luxembourg and four states in the United States.

“I do not want to live on as a shadow of myself,” the Swiss-born priest explained in the book published this week. “I also don’t want to be sent off to a nursing home … If I have to decide myself, please abide by my wish.”

Kueng has championed reform of the Catholic Church since its 1962-1965 Second Vatican Council, where he was a young adviser arguing for a decentralized church, married priests and artificial birth control. The Council did not adopt these ideas.

A professor at the German university of Tuebingen since 1960, Kueng was stripped by the Vatican of his license to teach Catholic theology in 1979 after he questioned the doctrine of papal infallibility and ignored Vatican pressure to recant.

The university responded by making him a professor of ecumenical theology, securing him a post from which he wrote dozens of books, some of them best-sellers, and many articles.

In the third and final volume of his German-language memoirs, Erlebte Menschlichkeit (Experienced Humanity), Kueng wrote that a sudden death would suit him, since he would not have to decide to take his life.

But if he does have to decide, he said, he does not want to go to a “sad and bleak” assisted suicide center but rather be surrounded by his closest colleagues at his house in Tuebingen or in his Swiss home town of Sursee.

“No person is obligated to suffer the unbearable as something sent from God,” he wrote. “People can decide this for themselves and no priest, doctor or judge can stop them.”

Such a freely chosen death is not a murder, he argued, but a “surrendering of life” or a “return of life to the hands of the Creator.”

Kueng, who writes openly about his Parkinson’s and other medical problems in old age, said this death was compatible with his Christian faith because he believed it led to the eternal life promised by Jesus.

He cited the late Pope John Paul’s public struggle with Parkinson’s and the silent suffering of boxer Muhammed Ali, also afflicted with the disease, as models he did not want to follow.

“How much longer will my life be liveable in dignity?” asked Kueng, who said he still swims daily but is losing his eyesight and his ability to write his books by hand as usual. “A scholar who can no longer read and write – what’s next?”

Kueng, who repeatedly criticized the now retired Pope Benedict during his papacy, described Pope Francis as “a ray of hope”. He disclosed that the new pontiff had sent him a hand-written note thanking him for books that Kueng sent to Francis after his election in March.

It seems highly unlikely the new pope will include support for assisted suicide among possible Church reforms he was discussing with eight cardinals in Rome on Wednesday.

Speaking in Sardinia in late September, Francis denounced a “throwaway culture” that committed “hidden euthanasia” by neglecting and sidelining old people instead of caring for them.

A spokesman for Rottenburg-Stuttgart diocese, where Tuebingen is located, said Kueng’s views on assisted suicide were not Catholic teaching. “Mr Kueng speaks for himself, not for the Church,” Uwe Renz told Stuttgart radio SWR.

Dean McFalls, a well-known priest in the Stockton Diocese, has resigned after telling parishioners he’s about to become the father of a baby boy.

“I definitely have disappointed many people,” McFalls said. “That’s why I’ve talked about it openly, so they won’t be left guessing about what’s going on.” 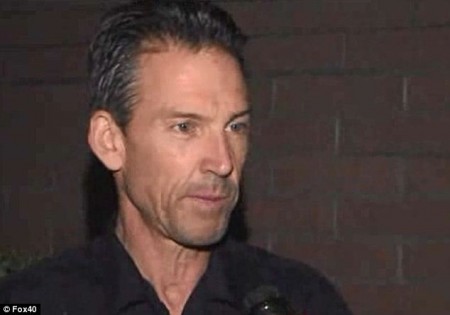 McFalls was the pastor at St. Mary’s Church in downtown Stockton. He announced his resignation in a statement read during mass on Sunday.

McFalls came to Stockton in 2008 from Lathrop’s Our Lady of Guadalupe Church, according to The Record newspaper in Stockton. He has been outspoken about the city’s struggles with crime and violence, among other issues.

The Catholic Church requires priests to be celibate and unmarried. McFalls discussed those rules and his resignation in an interview with News10’s Tim Daly.

“If the situation in the Catholic Church were different, I would be a better man,” he said. “More stable, more effective in the long run as a human being.”

McFalls would offer little information about the woman about to give birth to his child.

“She’s a better person than I,” he said.

McFalls said it’s not clear what he’ll do after leaving the Stockton Diocese. He said he told Bishop Stephen Blaire about two weeks ago what was happening.

Watch Tim Daly’s report during the 6 p.m. newscast on News10.

“Dear Friends, I wish to express my profound sorrow that, beginning today, I will no longer be serving as your pastor. I have been blessed by your support and participation during the past five years. However, I have been granted a leave of absence from active ministry in the priesthood, and thus have also resigned as pastor of St. Mary’s. I would have remained longer, at least until our parish festival concludes, but circumstances did not allow this to be. A child will soon be born, and I am the baby’s father. I know this comes as a shock to you, and to many a disappointment. I assume full responsibility for my actions and will do all that I can so that my child receives the care and love that he deserves. Once he was conceived, I had no other option, as a Christian and a priest, than to do everything possible that he might have life, and have it to the full. As St. Paul told the Romans: “God makes all things work together for the good of those who love him, who have been called according to his decree,” and though the Lord never decreed that I sin, he does command that all life be respected and nurtured.

“I apologize sincerely to each and every one of you for any grief, hurt, or sense of abandonment that you may experience. Please welcome the priest who has come to take my place with generous hearts. Know that I will miss you deeply, and that you will always be carried in my heart. Fr. Dean”

“I have appointed Father Jose Luis Gutierrez, the Diocesan Director of Vocations and Associate Pastor at Presentation Parish, as the interim administrator. Please welcome him at this time and support him.

“Also be assured of my prayers for all of you at St. Mary’s. The well-being of the parish and you the parishioners weighs heavily on me. I trust in God in the days ahead.

“Sincerely Yours in Christ,