A Roman Catholic priest who was accused of molesting boys in Shohola and Moscow, Pa., has been promoted to the No. 2 position in his diocese in Paraguay.

That is according to a database released this week, listing Catholic clergy from Argentina involved in sex abuse cases. The database was compiled by BishopAccountability.org, an organization that aims to keep a record of sex abuse in the Catholic Church. 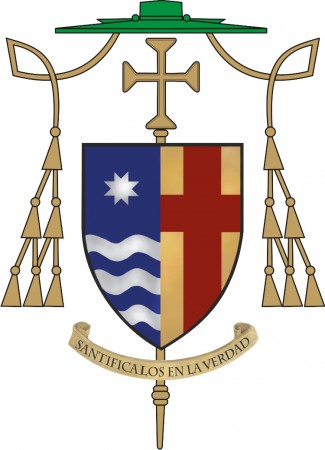 Former Bishop Joseph Martino of the Diocese of Scranton allowed the Rev. Carlos Urrutigoity to transfer to a parish in the South American country of Paraguay after multiple witness statements in several court cases claimed that Urrutigoity routinely slept in bed with and had sex with boys in his care, calling it spiritual guidance.

Currently, Urrutigoity is vicar general of the Ciudad del Este diocese in Paraguay. That makes him the second in command, just under the bishop there. Part of his job is to investigate any claim of sexual abuse that might come to the diocese.

“Now he is in a position of power. I’m concerned for the children of Paraguay. From everything I’ve learned, Father Carlos has not stopped. This is a basic child protection issue,” said Patrick Wall, a former priest who is now a Minnesota-based advocate for victims of sexual abuse by clergy.

Between 1950 and the present, 6,193 Roman Catholic priests have sexually assaulted children, according to Wall.

“In my experience, if you allow a guy who has sexual proclivity for children to go unchecked, he will abuse several hundred children in his professional life as a priest,” Wall said.

A 2002 federal lawsuit was brought in the Middle District of Pennsylvania by “John Doe,” a student at St. Gregory’s Academy in Moscow, against Urrutigoity, the Rev. Eric Ensey, and then-Bishop James Timlin of the Diocese of Scranton.

The suit alleged that Urrutigoity and Ensey offered “spiritual direction” to the student by sleeping with him and that both priests sexually assaulted him at Saint Gregory’s Academy and at a Shohola property that was supposed to be developed into a Catholic college and village for the Society of Saint John, founded by Urrutigoity. The society was focused on celebrating Mass in Latin.

Testimony in the 2002 case brought at least three similar claims of bed-sharing and sexual advances to light.

In 2002, Timlin suspended Urrutigoity and Ensey from their ministries and sent them to Southdown Institute in Canada for psychological evaluations.

Southdown specializes in treating clergy who have sexual boundary problems.

Minutes from a March 2002 Diocese of Scranton independent review board summarize evaluations by Southdown Institute:

The institute “strongly recommended that (Ensey) undergo residential treatment to address severe anxiety and depression” that was the result of repressed sexuality. The evaluation said Ensey’s sexual attraction toward adolescent boys is “a stage he appears to be locked into.”

And it recommended Ensey “be strictly prohibited from any public ministry of any kind; he should have no contact with any young person.”

The evaluation of Urrutigoity said: “In view of the credible allegation from the seminarian (John Doe), his admitted practice of sleeping with boys and young men and the troubling evaluation by the Southdown Institute, Father Carlos Urrutigoity should be removed from active ministry; his faculties should be revoked; he should be asked to live privately.”

Despite these recommendations, their priesthoods did not end.

Due to the sex scandal and funding issues, plans for the college and village on the Shohola property were abandoned by the diocese and the land was sold to a private party.

In 2004, Martino became bishop. He allowed Urrutigoity to transfer to Paraguay, where he was promoted to monsignor as of 2012.

As of February 2014, Urrutigoity was promoted to vicar general.

“This is a grand example of a worldwide policy that a priest can sexually abuse kids in another country and go somewhere else and become vicar general of the diocese,” Wall said, adding that Bishop Plano, Urrutigoity’s superior, should report him to the police and kick him out of the priesthood.

“This is not a God issue, this is a problem with people who pretend to believe in God who are involved in criminal conduct,” Wall said.