Ginette Chaumont says she devoted her life to the Roman Catholic Church, forgoing marriage and a family to serve for 22 years as the assistant to a series of Ottawa archbishops before menopause left her depressed, disorganized and inefficient. 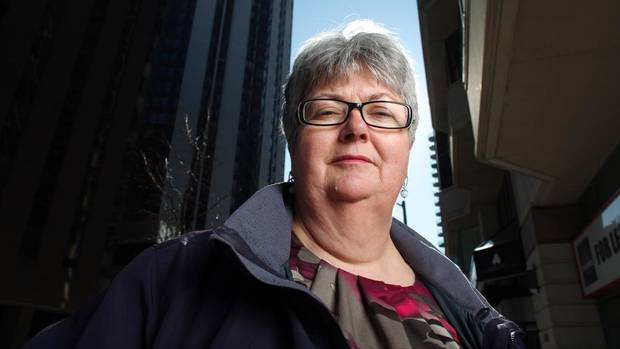 Ms. Chaumont, who is now 59, recognized her failings and tried to compensate by working unpaid overtime. But, in November, 2011, she was summoned to a meeting with Monsignor Kevin Beach. “He told me at that time that I was being dismissed,” she told The Globe and Mail on Monday. “He said the Archbishop no longer had any confidence in my doing his work.”

Stripped of the demanding job that had been her “compass point,” and unable to find new employment despite sending out hundreds of resumes, she has launched a human-rights case against the church which she said still “means everything to me.”

The problems she experienced in 2011 were not Ms. Chaumont’s first bout with mental issues. She was diagnosed with clinical depression in 2005, but was treated and the symptoms subsided – until she hit menopause in the winter before her dismissal.

The church that had paid for her master’s degree in canon law, from which she says she received multiple commendations for excellent service, was not getting the best she had to offer. But “I didn’t really feel comfortable asking for accommodations a second time,” she explained.

Church officials did not raise their concerns until she was suddenly cut loose, Ms. Chaumont said. “Basically, my whole life revolved around the church and, once my job was gone, it was like I was left facing nothing.”

For its part, the church says there is no foundation to her claim of discrimination. “The Archdiocese is prepared to defend its position before the Human Rights Tribunal of Ontario,” Sarah Du Broy, a spokeswoman for the Archdiocese, said in an e-mail.

In its response to Ms. Chaumont’s human-rights complaint, the Archdiocese says she was advised during the termination meeting that, when she came back from her summer vacation in 2011, “she had returned to the problematic patterns of behaviour she previous exhibited.” And “given that she did not correct the problematic behaviours which had previously been addressed with her, her employment was being terminated.”

But Ms. Chaumont’s lawyer, Alan Riddell, said courts and tribunals say every employer must try to accommodate employees in cases of illness. Yet “this employer, the Archdiocese, didn’t lift a finger to accommodate the symptoms of the disability and the menopause,” he said. “The medical literature confirms that there is a very strong link in many women between diminished concentrative powers and efficiency and organization in the workplace and the onset of menopause.”

Mr. Riddell also pointed to the recent case of an Ottawa priest named Rev. Joe LeClair, a diagnosed pathological gambler who was convicted of stealing $130,000 from his church over the course of five years. Ottawa Archbishop Terrence Prendergast has said that, when Father LeClair has served his time, he will assist the priest in returning to his ministry.

“Unlike Father Joe, she never stole or lied to anyone,” Mr. Riddell said of Ms. Chaumont.

The message the Archbishop is sending to the community, said the lawyer, “is that, if you are a male priest, you will be forgiven and reinstated to the payroll, no matter what laws you break and how much money you steal. But, if you are a female assistant who leads a good Catholic life, as Ms. Chaumont did for all of her 60 years, you will be dumped onto the street just as fast as Hell can scorch a feather, just as soon as you run into serious health problems.”