As someone who was silenced by the Vatican, back in 1981, this is joyous news. The Vatican Spring come way too late for me, but better late than never. Hurray for you Sean!

Pope Francis is believed to have intervened directly with the Vatican’s Congregation for the Doctrine of the Faith (CDF) to have all sanctions on silenced Irish priest Fr Sean Fagan (86) lifted.

It was confirmed to The Irish Times in Rome last night that Marist priest Fr Fagan, who has been subject to sanction by the Vatican for six years, is no longer so. 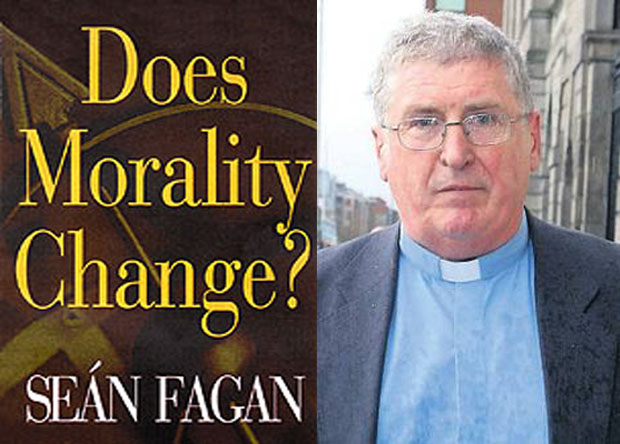 The superior general of the Marist congregation in Rome, Fr John Hannan, said last night that Fr Fagan is now “a priest in good standing” where the church is concerned.

It has also emerged that the change in Fr Fagan’s circumstances may have involved direct intervention by both Pope Francis and the former President of Ireland Mary McAleese.

The Irish Times has learned that Mrs McAleese, who is away from Rome at the moment, wrote to Pope Francis last December requesting that he directly intervene where Fr Fagan’s case was concerned. Receipt of the letter was acknowledged by the Pope’s secretary. It is understood that the Marist congregation was informed of Fr Fagan’s changed situation at Easter.

Others understood to have been approached to intervene with the Vatican on Fr Fagan’s behalf include his own congregation, the Archbishop of Dublin Diarmuid Martin, the papal nuncio Archbishop Charles Brown and the former head of the Dominicans Fr Timothy Radcliffe.

For many years Fr Fagan, who has suffered ill health for some time, had been critical of rigid stances by the Vatican on issues to do with conscience and sexual morality notably in letters to this newspaper. In 2003 he published the book Does Morality Change? And in 2008 Whatever Happened to Sin?

In 2010 he was informed by the Vatican’s Congregation for the Doctrine of the Faith that he would be laicised should be write for publication any material it considered contrary to Church teaching and should he disclose this to media.

Remaining copies of his book were bought up by the Marist congregation whose website last night still carried a statement first posted in February of last year which reads that “ the writings of Fr. Sean Fagan in the book What Happened to Sin do not have the approval of or represent the views of the Society of Mary.

It was reported at the weekend that the CDF’s change of stance towards Fr Fagan was because “he loves the Church in spite of all its weaknesses: that he accepted his censure and observed his restrictions; and to his advanced age.”

Welcoming the news the Association of Catholic Priests (ACP) said in a statement yesterday that “it has been a source of great unease to our members and of continuing shame and embarrassment to our Church that a priest and theologian who has made such a huge contribution to Gospel and to Church over very many years would not be regarded as a priest ‘in good standing’.”

It said that “statements welcoming the lifting of restrictions on Fr Fagan by the Marist Order, the CDF and the Irish Catholic bishops are the least that might be expected.”

It also noted “that the decision of the CDF, according to reports, was influenced by pressure brought to bear through the efforts of friends.” It believed “that a concerted effort by the orders and congregations, supported by the Irish bishops, could lead to the lifting of similar restrictions on other members of the ACP colleagues of Fr Fagan, and from the Marist congregation.”

This was a reference to those other priests silenced by the Vatican, including Fr Tony Flannnery, Fr Gerard Moloney, Fr Brian D’Arcy, and Fr Owen O’Sullivan.