“I deeply regret the pain suffered by these victims,” Archbishop J. Peter Sartain said. REALLY? He doesn’t regret the rapist clergy or his predecessors who facilitated the rapists. Is anyone else sick to death with these non-apology apologies? This kind of ridiculous contrition wouldn’t even hold up in a confessional. SHAME!

The Archdiocese of Seattle announced Tuesday it has paid $12.1 million to settle 30 claims of sexual abuse by members of two church-run schools in western Washington. 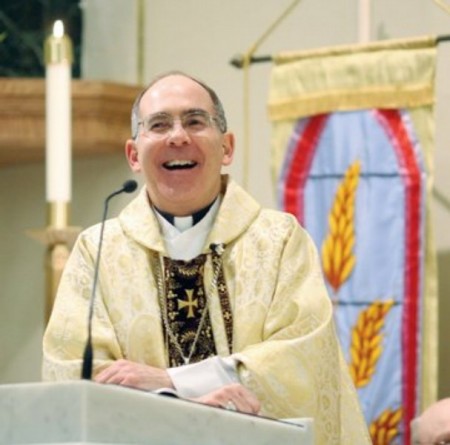 The abuse claims were made by students at schools run by the Christian Brothers, which is a teaching order that operated the Briscoe School in the Kent Valley and Seattle’s Bishop O’Dea High school, according to the Archdiocese.

“I deeply regret the pain suffered by these victims,” Archbishop J. Peter Sartain said in a news release. “Our hope is that this settlement will bring them closure and allow them to continue the process of healing.”

The archdiocese continues to operate O’Dea but the Christian Brothers are no longer involved. Archdiocese spokesman Greg Magnoni says the Briscoe School closed in the late 1960s.

The most recent cases in the proceeding are nearly 30 years old, with some dating back almost 60 years, according to the Archdiocese.

In a statement issued Tuesday evening, Seattle sexual abuse attorney Michael T. Pfau said the settlement will “put an end to an ugly chapter for the Archdiocese involving these two schools.”

“The Archdiocese, under the leadership of Archbishop Sartain, did the right thing and acknowledged the tremendous amount of pain and suffering that our clients, their families, and our community have endured,” the statement reads. “This settlement is the first step in allowing all parties to focus on the future. It also allows the Archdiocese to move beyond its partnership with the Christian Brothers, a relationship that led to the abuse of scores of children.”

The settlement was funded by archdiocesan insurance programs.