Reverend Libby Lane has been announced as the first female bishop for the Church of England, just a month after a historic change to canon law.

She will become the new Bishop of Stockport, a post that has been vacant since May. 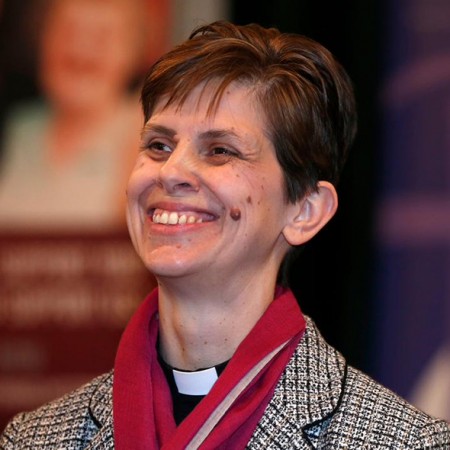 Mrs Lane has been the vicar at St Peter’s Hale and St Elizabeth’s Ashley, in the diocese of Chester, since 2007.

The general synod voted to back plans for female bishops in July and formally adopted legislation on 17 November.

The appointment will end centuries of male leadership of the Church and comes 20 years after women became priests.

Mrs Lane was ordained a deacon in 1993 and a priest in 1994, serving her curacy in Blackburn, Lancashire. Since 2010 she has also held the role of Dean of Women in Ministry for the diocese of Chester.

Speaking at Stockport town hall the new bishop, whose role was approved by the Queen, said it was a “remarkable day for me and an historic day for the Church”.

“This is unexpected and very exciting,” she said.

“I’m honoured and thankful to be called to serve as the next Bishop of Stockport and not a little daunted to be entrusted with such a ministry.”

Prime Minister David Cameron congratulated Mrs Lane and said: “This is an historic appointment and an important step forward for the Church towards greater equality in its senior positions”.

Mrs Lane will be consecrated as the eighth bishop of the town at a ceremony at York Minster on 26 January. 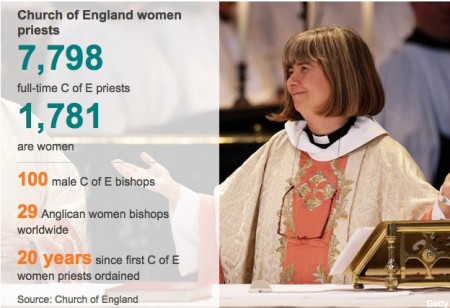 The first women priests were ordained in 1994, but to date women have not been able to take on the Church’s most senior roles.

Legislation to fast track women bishops into the House Of Lords will be introduced to Parliament on Thursday.

But Mrs Lane will not be able to enter the House of Lords, as the post she is taking up is a junior or suffragan appointment within the Diocese of Chester, the BBC’s religious correspondent Caroline Wyatt said.

The first women bishop eligible to take up a seat in the Lords is expected to be announced in the new year.

Mrs Lane, who was schooled in Manchester and then the University at Oxford, before training for ministry at Cranmer Hall in Durham, dismissed suggestions her appointment was just a symbolic gesture by a Church still predominantly run by men.

The bishop and her husband, who is also a priest, were one of the first married couples in the Church of England to be ordained together.

Mrs Lane’s interests include being a school governor, supporting Manchester United and learning to play the saxophone, according to her church’s website.

The general synod, the Church’s law-making body, gave the final seal of approval to the legislation on women bishops after it passed through Parliament in October.

After the change was approved, the Archbishop of Canterbury Justin Welby said that the Church was entering into a “completely new phase of our existence”.

But divisions still remain in the church between Anglicans who feel the change is consistent with their faith and traditionalists who disagree.

One of the first crucial steps towards appointing female bishops came in 1975 when the general synod voted that there was “no fundamental objection” to the ordination of women to the priesthood, but it did not pass a second motion asking for the legal barriers to women’s ordination to be removed.

In 1985, a vote allowed women to become deacons, and in 1992 women were officially permitted to be ordained in the priesthood, but the first women priests were not announced until two years later.

In November 2012, the vote to allow female bishops failed by six votes in the House of Laity. But in July 2013, it voted 152 in favour of the motion, with 45 against, and five abstentions.

Gloucester, Oxford and Newcastle are also among the dioceses where new bishops will also soon be appointed, and interviews for the vacancy as bishop for the Southwell and Nottingham diocese took place at the start of December.

Churches in Scotland, Wales and Northern Ireland already allow women as bishops, but haven’t appointed one yet.