Pope Francis will not meet the exiled Tibetan leader the Dalai Lama because of the “delicate situation” with China, the Vatican says. 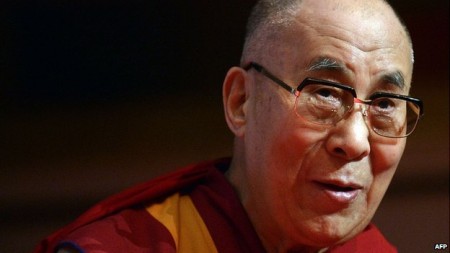 The Dalai Lama, who is visiting Rome, had requested a meeting.

A Vatican spokesman said that although the Pope held him “in very high regard”, the request had been declined “for obvious reasons”.

Correspondents say the Vatican does not want to jeopardise efforts to improve relations with China.

China describes the Dalai Lama as a separatist and reacts angrily when foreign dignitaries meet him.

The Dalai Lama fled to India in 1959 after Chinese troops crushed an attempted uprising in Tibet.

He now advocates a “middle way” with China, seeking autonomy but not independence for Tibet. He was awarded the Nobel Peace Prize in 1989.

“Pope Francis obviously holds the Dalai Lama in very high regard but he will not be meeting any of the Nobel laureates,” a Vatican spokesman said, adding that the pontiff would send a video message to the conference. 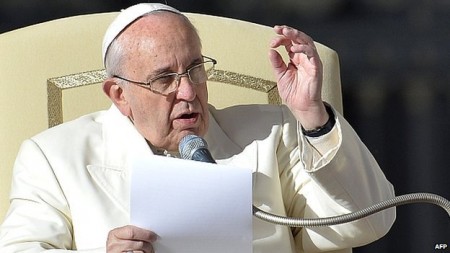 The Dalai Lama told Italian media that he had approached the Vatican about a meeting but was told it could create inconveniences.

Analysts say the Vatican and China are at odds over control of the Catholic Church in China, which is believed to number about 12 million people.

The Church is divided into an official community, known as the Patriotic Association, which is answerable to the Communist Party, and an underground Church that swears allegiance only to the Pope in Rome.

A serious bone of contention between China and the Vatican is which side should have the final say in the appointment of bishops.

A Vatican official said the decision not to meet the Dalai Lama was “not taken out of fear but to avoid any suffering by those who have already suffered”.

The last time the Dalai Lama was granted a papal audience was in 2006 when he met former Pope Benedict XVI.

The Dalai Lama is in Rome for a meeting of Nobel Peace Prize winners. It was initially to be held in South Africa but was relocated to Rome after South Africa refused the Dalai Lama a visa.
Complete Article HERE!