Priests sometimes father children, but everyone involved can be trapped in a web of secrecy. 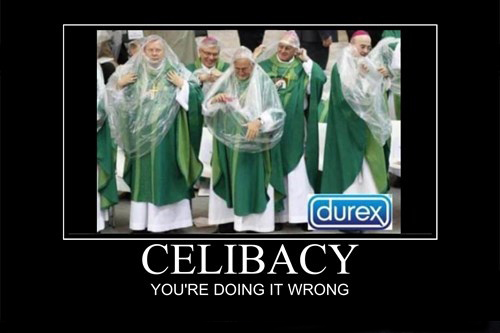 Roman Catholic priests take vows of lifelong celibacy. Probably the majority see it as a gift and a calling, and are content to sacrifice a sexual relationship and a family life for the sake of their ministry.

However, for some, a vow made with every good intention is not so easily kept – and sometimes children are the result. In historically Catholic countries like Ireland, this can result in terrible tensions, with the natural desire of parents to bring up a child together at war with shame, social disapproval and a desire for secrecy. Almost inevitably, it is the children – and often their mothers – who come off worst, with the children not told the identity of their fathers.

Six months ago, a new website aimed at helping support such children was set up in Ireland and has already received around 15,000 hits. COPING – Children of Priests International – was founded to help children come to terms with their experiences. It has had visitors from the United States, Italy, India and Australia as well as from Ireland.

COPING points to the particular pressures on priests’ children, including forced emigration, late night abusive phone calls and exclusion. Mothers have been forced to sign confidentiality agreements in order to get help with childcare expenses and have been encouraged to remain silent about the parentage of their children. COPING says that such agreements “actively silence an individual, encourage the notion of taboo and encourage shame”.

“It is the considered opinion of Coping that such agreements, whether past, present or future are unconscionable and are founded upon undue duress,” it says. The organisations stresses that lay people as well as clergy are responsible for such behaviour.

COPING is supported by Prof Patricia Casey, a senior psychiatrist and conservative Catholic commentator, who believes that children deserve to know their father’s identity. “The desire to know ones’ origins and all connected with this is very powerful and can only become more apparent and acceptable as the numbers conceived in non-traditional ways increase,” she argues.

The website includes testimonies from children of priests and their mothers, including women whose lovers had died and who felt unable to tell their stories to anyone, including their children.

It has won backing from the Catholic Church and cites the support of the Archbishop of Dublin, Most Rev Diarmuid Martin, who said: “I pray that COPING will be able to find ways which will bring the children of priests and their natural parents together for the benefit of both.” Its website also quotes Pope Francis, who as Cardinal Bergoglio said: “If a priest comes to me and tells me that he has gotten a woman pregnant…I remind him that the natural law comes before his right as a priest…just as that child has a right to his mother, he has the right to the face of his father.”

The Irish Catholic Bishops Conference has said: “The Bishops are anxious to ensure that appropriate support is being offered to all children. In particular they appreciate the sensitivity required in any pastoral outreach to children of priests.”

Referring to the Church’s counselling programme, the statement says: “The Bishops are actively collaborating with Towards Healing so that Towards Healing will be in a position to provide appropriate counselling / support to children of Catholic Clergy.”
Complete Article HERE!