Cardinal Desmond Connell, the former archbishop of Dublin, told the Murphy commission in Ireland that mental reservation was deceiving someone without telling a lie. He said it is permissible to use “an ambiguous expression realising that the person who you are talking to will accept an untrue version of whatever it may be.”There is an exquisite piece of mental reservation in a recent announcement from the Vatican. According to Vatican Radio, “The Pontifical Commission for the Protection of Minors presented a five point plan to the Pope and his closest advisors at this week’s meeting, including the establishment of a ‘new judicial section’ to examine all cases of bishops accused of abusing their office and failing to report crimes committed by priests in their care.” 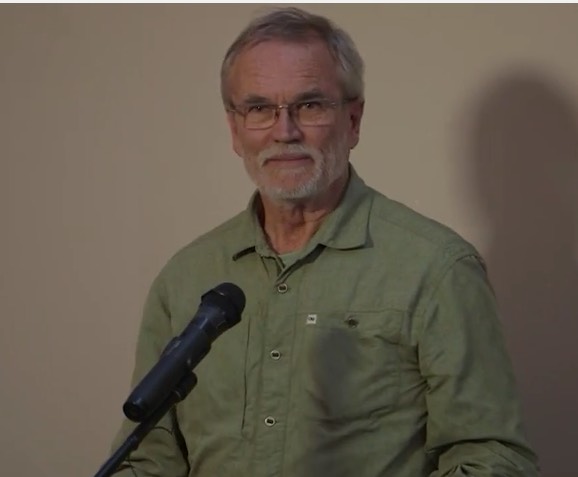 As the Holy See told the Irish foreign minister in 2011, bishops are the governors of their own diocese, and so far as the church is concerned, the only restraint on them is canon law. Bishops can only be put on trial before this new tribunal for breaching canon law. A bishop who fails to report credible allegations of child sexual abuse by clergy to the Congregation for the Doctrine of the Faith is in breach of canon law because that obligation is set out in the decree Sacramentorum Sanctitatis Tutela.

Likewise, canon law in the United States since 2002, and for the rest of the world since 2010, requires bishops to comply with domestic civil reporting laws. A failure to do so constitutes a breach of canon law. The recently resigned bishops — Archbishop John Nienstedt and Auxiliary Bishop Lee Piché of St. Paul-Minneapolis and Bishop Robert Finn of Kansas City-St. Joseph, Mo., who was convicted by a Missouri court of failing to report a priest’s possession of child pornography — could be brought before the new tribunal for failing to comply with civil laws on reporting as required by the norms approved in December 2002 by the Holy See for the United States.

Very few jurisdictions in the world have comprehensive reporting laws. Most have reporting laws for children at risk, that is, where they are under the age of 18, but very few have reporting laws that apply to historical abuse, that is, where the abused person is now an adult. In the United States, half the states have such laws and half do not. The United Kingdom, Germany, New Zealand, the Netherlands and Canada do not have them. In 2014 and 2015, the Italian and Polish Catholic bishops’ conferences announced that they would not be reporting child sex abuse offenses by clergy to the police because their civil laws did not require it. Their stance is consistent with canon law.

In Australia, only two out of the eight states and territories require the reporting of historical abuse. Figures produced at the Victorian parliamentary inquiry in Australia suggest that historical abuse amounts to more than 99 percent of all complaints. The same inquiry found that of the 611 complaints of child sexual abuse in the four Victorian dioceses between 1996 and 2012, not one of them had been reported by the church to the civil authorities.

This was understandable because prior to 2014, there was no requirement under Victorian law to report any abuse, whether of children at risk or historical abuse. And the bishops on ordination had sworn an oath to obey all ecclesiastical laws, which in this case meant not reporting these crimes to the police in accordance with the pontifical secret imposed by Pope Paul VI’s Secreta Continere and Pope John Paul II’s Sacramentorum Sanctitatis Tutela.

In those jurisdictions without such reporting laws, unless a bishop walks into a priest’s bedroom and finds him in flagrante delicto with a minor, the pontifical secret prevents him from reporting any knowledge of or allegations about such crimes to the police. If he reports the matter to the Congregation for the Doctrine of the Faith, he has complied with canon law and cannot be charged with “abuse of office,” despite the fact that he has covered up these crimes by not reporting them to the police.

On two occasions now, the U.N. Committee on the Rights of the Child and the Committee against Torture demanded that the Holy See abolish the pontifical secret for child sexual abuse and order mandatory reporting under canon law, irrespective of whether there are civil reporting laws or not. On Sept. 26, 2014, the Holy See rejected the request.

Many media reports describe the setting up of this tribunal as a breakthrough. There is no breakthrough. The announcement does not do away with the pontifical secret and does not extend reporting requirements to the civil authorities. In many cases of cover-up by bishops, there will be no abuse of office because the cover-up has been required by canon law, as the announcements by the Italian and Polish bishops attest.

This announcement is being dressed up as a measure to protect children when all it is doing is setting up a tribunal that would ensure that bishops accused of breaching canon law have the right to be heard. It is another example of clericalism creating smoke and mirrors to give the impression that better protections are being provided for children when the people being looked after are the bishops. The real breakthrough will happen when the Holy See complies with the demands of the United Nations.
Complete Article HERE!