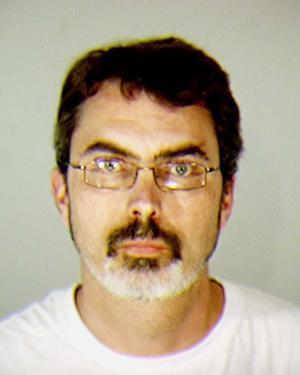 A Catholic bishop has issued a warning about legalising same-sex marriage, saying children of gay couples will see themselves as another Stolen Generation because they have been denied a mother and a father.

South Australian Bishop of Port Pirie Greg O’Kelly is one of a number of clergy who have spoken out against same-sex marriage in response to recent moves to legalise it in Australia. 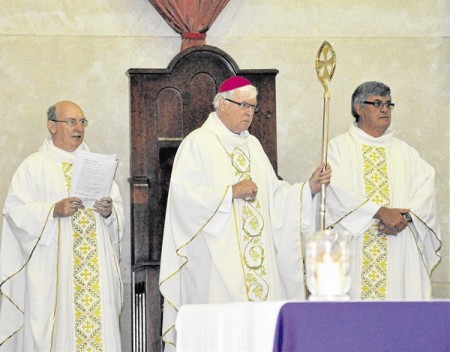 Bishop O’Kelly wrote to his parishioners saying that comparing same-sex and heterosexual relationships was like comparing apples and pears.

“A pear is not an apple, no matter what you say, even if you start to redefine the term from its traditional one, it doesn’t alter the reality.”

Bishop O’Kelly’s letter said that children of homosexual couples would feel like a Stolen Generation.

“Can’t you imagine a situation that when there’s a falling-out between a child and a parent, as can happen, that’ll be one of the lines they use?” he wrote.

I don’t think that our children are in any way disadvantaged or struggling as a result of not having a father.

“And that was a deliberate intervention by you, it wasn’t an accident, it wasn’t illness or anything like that.”

Advocates for marriage equality like Rodney Croome from Australian Marriage Equality say the remarks are offensive.

“Many same-sex couples and their children will be deeply offended by the Catholic bishop’s drawing a link between their loving families and the Stolen Generation, such a traumatic episode in Australian history,” he said.

South Australian couple Jodie McRae and Amanda Pickering have been together for 13 years and have two children.

Ms Pickering said they would support the children if they wanted to meet their donor father in the future.

“I don’t think that our children are in any way disadvantaged or struggling as a result of not having a father,” she said.

“We have a very large extended family with grandfathers and uncles and cousins and a community at school that’s very supportive.

“I don’t think they’re missing out.”

“There’s two elements to marriage: one is the love between a man and a woman, the other one is the procreative thing, the openness to birth and life,” he said.

But Mr Croome disagrees with that statement.

“There is no legal link between marriage and children. But I understand that in many people’s mind there is a cultural link.

“Marriage can be good for children, because it provides them with a greater sense of security and stability in their lives.

“If that is the case, then why would we deny the children being raised by same-sex couples the opportunity to have married parents?”

Countries most similar to ours have marriage equality: Croome

Mr Croome has also spoken out against Bishop O’Kelly’s position that same-sex marriage is unique to the West and not an issue in Middle Eastern, Asian or African countries.

New Zealand, Canada, the United States and Britain have all legalised same-sex marriage and Ireland was the most recent country to make the change.

“I don’t think we should be judging our human rights standards according to those set in the Middle East or parts of Asia where homosexuals not only aren’t allowed to marry, but are put to death,” Mr Croome said.

Ms McRae said she and her partner would like to get married at some point.

“I say that this is a society that’s moved far beyond the idea that the sanctity of marriage is some sort of Christian construct,” she said.

“Just as I pay taxes, I vote, I do all the things, abide by in terms of the law, I think I have the right as an individual to have that.”