Parishioners claim the Rev. Peter Miqueli has stolen at least $1 million since 2003 while leading churches on Roosevelt Island and in The Bronx, where he is currently pastor of St. Frances de Chantal in Throggs Neck.

Their suit alleges he used the money to act out unholy fantasies as a sexual “slave,” blowing $1,000 at a time on bondage-and-discipline sessions where a “homosexual sex ‘master’ ” — identified in court papers as Keith Crist — “would force Father Miqueli to drink Keith Crist’s urine.”

Plaintiffs’ lawyer Michael G. Dowd also said that Miqueli at one point had Crist living in the rectory at St. Frances de Chantal but that Crist had since been kicked out.

The suit, which was filed in Manhattan Supreme Court Thursday, also charges that the Archdiocese of New York and Timothy Cardinal Dolan knew about Miqueli’s “illegal scheme” and did nothing to keep it from growing into “the monster it is today.”

“This lawsuit seeks to finally put an end to this truly sinful conduct so that St. Frances de Chantal parish can regain the strength, spirituality and faith it once had before Father Miqueli arrived,” the court papers say.

The suit says that during the summer of 2014, maintenance workers at St. Frances de Chantal saw “several unstacked piles of cash, each approximately one foot high, scattered throughout Father Miqueli’s rectory residence.”

In addition to skimming $20 bills from the collection plate there, Miqueli ripped off money raised to buy a new pipe organ at his former church, St. Frances Xavier Cabrini on Roosevelt Island, according to the suit.

He also put Crist in charge of the Cabrini thrift shop, where Miqueli “misappropriated and diverted money . . . for his own personal use” and destroyed financial records to cover up the theft, the suit says.

An on-and-off girlfriend of Crist’s, Tatyana Gudin, told The Post that the hulking bodybuilder once hurt his knees while having sex with Miqueli in a bathtub.

The suit seeks unspecified damages from Miqueli, Crist, Dolan and the archdiocese on grounds that include negligent supervision, breach of fiduciary duty, fraud and unjust enrichment. 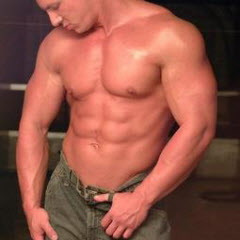 Dowd said, “I feel really bad for the parishioners,” and he estimated that Migueli “had to have taken $1 million from each parish.”

“We’ve done a lot of homework. This is a bad guy,” Dowd said.

He added, “The thing that’s really amazing to me is: How could this guy be acting this way for nine years or so and the archdiocese does nothing?”

A spokesman for the archdiocese said it “has . . . taken these allegations seriously and has been investigating them.”

Crist hung up on a reporter, and Miqueli declined to answer a call through a church receptionist.