‘This is the sad part they’re doing it in the name of God. And I’m having a problem with that… Discrimination needs to stop!’ Says blues singer Kat Williams 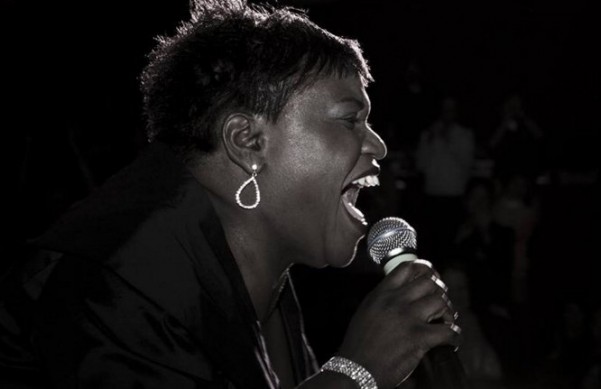 The organizers of a Catholic charity gala in Asheville, North Carolina cancelled a performance by an Emmy Award-nominated blues singer Kat Williams after learning that she’s in a same-sex marriage.

Williams was due to perform at the Catholic Charities Diocese of Charlotte’s annual Gala For Hope, for which she has performed at twice before, on March 12.

The event supports impoverished families in the region.

According to the Charlotte Observer quoting the singer’s Facebook post, the organizers rescinded their invitation two weeks before the event after diocese’s Bishop Peter Jugis saw a 2013 magazine article in which she states that she and her wife had been married for seven years.

Diocesan spokesman David Hains told WLOS-TV, ‘Marriage can only be between one man and one woman. Because Ms Williams chooses to be in a relationship that’s different from that, it really makes it inappropriate for her to perform for us.’

‘We, as a Catholic organization, have the right to represent our faith and what we’re doing essentially is exercising that right,’ Hains said.

Williams told WLOS-TV, ‘This is the sad part they’re doing it in the name of God. And I’m having a problem with that.’

Williams, who is an Asheville resident, wrote on Facebook on March 5, ‘I’m hurt and saddened!’

‘My entire career is gratefully connected to important causes or charities that I wholeheartedly believe in. This is the first time I’ve been fired from a performance solely based on who I chose to love.’

‘There are two things in my life I didn’t choose, to be Black and to be gay! I am proud to be both and want our North Carolina religious community to stand with the teachings of Christ—love, forgiveness, tolerance and inclusion.

‘I don’t want people to retaliate or put forth any negativity. I’d like us as a community to approach this issue with Love, Compassion and Grace. This didn’t happen in San Francisco or New York or DC , it happened right in our own backyard and discrimination needs to stop!’

Williams said she is still receiving a check for her canceled performance.

She has asked fans to respond with forgiveness and grace and donate to inclusive groups such as Campaign for Southern Equality and Western North Carolina AIDS Project. She has also invited the bishop to visit her church.