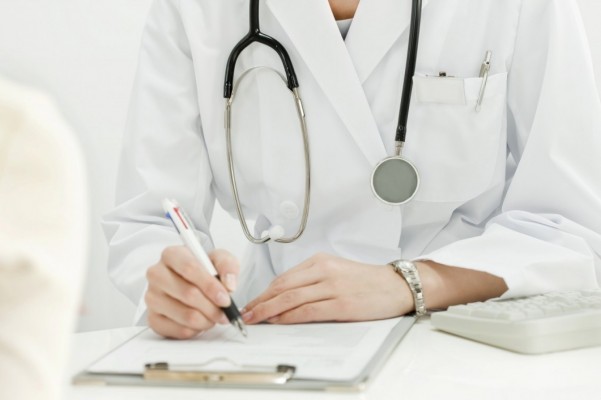 My religion has always been a big part of my life. I was raised Catholic, received a Catholic education and taught at a religious school for years. My daughter is in Catholic school now. But the church’s attempts to block my access to health care have made me feel disillusioned. Frankly, I’ve lost a great deal of faith in its teachings.

As a teacher at a religiously affiliated school between 2007 and 2015, my health insurance was managed by the archdiocese. It didn’t cover contraception. We were told that the plan was in line with the beliefs of the church.

This wasn’t a problem for me until 2011, when my husband and I had a baby. We had little money and couldn’t afford to have another child. So I wanted to go on birth control. But I couldn’t afford to pay for contraceptive care on my own. My doctor advised me to get an intrauterine device (IUD), but that would cost nearly $1,000, a staggering expense at a time when I couldn’t even afford birth control pills out-of-pocket.

I felt angry and frustrated. But I didn’t have a lot of options. So we tried using natural family planning. It didn’t work. Shortly after, my husband and I found out I was pregnant with my second child.

I love children. I teach primary education and now have two small kids of my own. It’s so rewarding to see how quickly they learn and to watch them interact with one another. They see the world with such innocence and are so happy with life’s simple pleasures. The truth is, I would have as many children as God would give me if I could afford to.

But I have to be responsible to take care of the family I already have. My husband has struggled to find steady employment. My son has developmental delays and must attend multiple therapies a week, for which I furnish a co-pay.

In short, I can’t afford to have more unplanned pregnancies. I need a job that will provide me the health care I need. So last year, I found a new job with a public school district. I’m making more money now, and I have contraception coverage.

In just a few days, the Supreme Court will hear from religious employers like mine about why they should be able to deny their employees contraception coverage that is otherwise guaranteed to employees under the Affordable Care Act.

The worst part is that religious employers aren’t in court to argue it’s against their religious beliefs to provide the coverage directly — they already have a free pass on that. They’re claiming it’s a burden on their religious beliefs to fill out a one-page form saying they don’t want to provide coverage. Once they fill out that form, the health insurance company directly provides the employees with the coverage. It feels as if they’re just trying to do everything they can to block women’s access to birth control.

The extreme measures the church is taking to block women’s access to common health care — including the 98 percent of Catholic women of reproductive age who have used a method of contraception other than natural family planning — is turning me away from the Catholic Church. I no longer celebrate Mass. They are out of touch with the people they claim to represent, and this time they’ve gone too far. I hope the Supreme Court recognizes that and protects my right to access the care that we’re promised under the law.