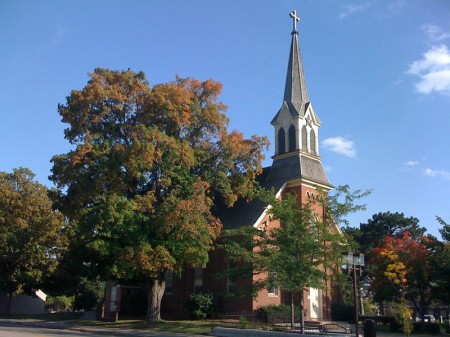 MINNEAPOLIS — It’s been nearly three years since Minnesota opened a path for lawsuits by victims of long-ago childhood sexual abuse.

In that time, more than 800 people have brought abuse claims against churches, the Boy Scouts, schools, and a children’s theater company. Previously unknown offenders have been exposed.

Two Roman Catholic dioceses have filed for bankruptcy. Lists of credibly accused priests and thousands of documents have been released. And the heightened scrutiny played a part in the downfall of two bishops.

Minnesota’s window, which closes this month, was strongly opposed by the Catholic Church and other institutions that are fighting to block similar exemptions to the statutes of limitations in Pennsylvania and New York, citing the effects in Minnesota and other states.

The Archdiocese of St. Paul and Minneapolis filed for bankruptcy protection last year, and the Duluth diocese followed after a jury found it responsible for $4.8 million of an $8.1 million jury award to just one man.

‘‘This law has been one of the most transformative and far-reaching laws that have ever been passed — to not only protect kids in the community but to give survivors who have been hurt a voice and a chance to recover some power,’’ said attorney Jeff Anderson, who has filed the vast majority of the new cases in Minnesota.

As the May 25 deadline approaches, Anderson said his firm has been so busy that he hadn’t kept a running count of cases until asked. More than half of the claims his firm is handling involve abuse by Catholic clergy, he said, and have forced the release of names of more than 200 alleged molesters who hadn’t been publicly accused before.

‘‘For me all I really wanted was a voice,’’ said Lori Stoltz, one of Anderson’s clients, who says she was 11 when a Catholic priest in Willmar began abusing her.

Stoltz, now 56, had approached Anderson about a lawsuit in 2008, only to learn it wasn’t possible, so she jumped at the chance when Minnesota passed its Child Victims Act in 2013.

Her lawsuit against the Rev. David Roney ultimately led to a settlement that forced the Diocese of New Ulm to release documents including a list of credibly accused priests; the list included Roney, but also others whose names hadn’t surfaced.

In St. Paul, the resignations last year of Archbishop John Nienstedt and Auxiliary Bishop Lee Piche came days after the archdiocese was criminally charged with child endangerment over its handling of an abusive priest who ultimately went to prison.

The case wasn’t from an old claim filed under the new law, but it followed increasing pressure resulting from new disclosures in the lawsuits that the law made possible.

The archdiocese turned down an interview request with Archbishop-designate Bernard Hebda or other top officials for this story, instead issuing a statement saying the archdiocese is doing everything reasonably possible to prevent the sexual abuse of children.

States have taken two basic approaches to changing their statutes of limitations to allow new cases, said Marci Hamilton, a professor at the Cardozo School of Law in New York.

California, Hawaii, and Delaware, like Minnesota, created temporary one-time windows. Connecticut and Massachusetts raised their age limits for filing claims and made the change retroactive, an approach she said can help more victims since it’s not temporary.

Passing Minnesota’s window took years of patience and persistence against ‘‘fierce opposition from very powerful institutions,’’ recalled Steve Simon, who authored the bill in the state House and is now Minnesota’s secretary of state.

Much of the discussion took place behind the scenes, and some of the Catholic church’s tactics backfired, he said. Simon said he was particularly rankled by lobbying of House members by the Senate chaplain, who was also the archdiocese’s point man for handling allegations of clergy misconduct.

The church’s opposition has been more public in Pennsylvania, where the House voted last month to raise the age limit for those who file cases from 30 to 50 and to make it retroactive. The Pennsylvania Catholic Conference is urging church members to write their senators in opposition, arguing that ‘‘unfair lawsuits’’ may bankrupt parishes but ‘‘will not provide healing nor protect children.’’ The conference declined an interview request.