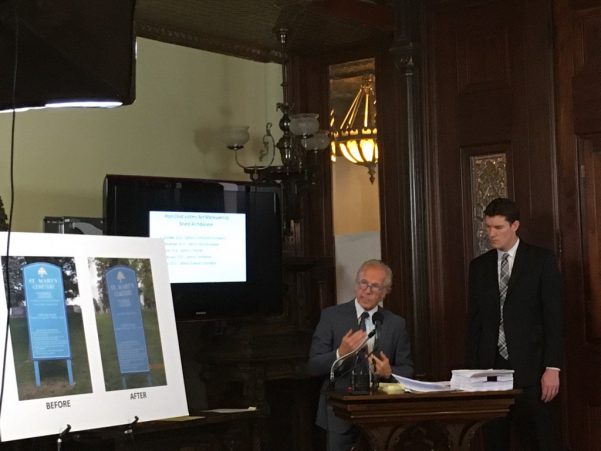 Attorneys representing hundreds of clergy sexual abuse victims are claiming the Archdiocese of Saint Paul and Minneapolis has a net worth of about $1.7 billion – far more than the $45 million divulged in court documents last year. The legal team of attorney Jeff Anderson says the archdiocese has taken “multiple, deceptive actions”  to “divert and shelter funds from sexual abuse survivors” since the Minnesota Child Victims Act was passed in May 2013.

“They are under-representing their ability to pay by about 99 percent,” Anderson said. “It has been a scheme and a scam that has served them in the past.”

A legal motion filed late Monday in the archdiocese’s federal bankruptcy case includes a number of allegations, including:

That Catholic Cemeteries have never been disclosed as an asset of the archdiocese in bankruptcy filings, and that cemetery signs were painted over to remove any references to the archdiocese.

That the archdiocese created “optical insulation” by creating the Catholic Community Foundation in 1992 as a way to avoid paying sexual abuse claims. Anderson said the foundation also changed its name after victims filed their lawsuits

More than 400 people have filed lawsuits against the archdiocese ahead of the May 25 deadline for claims covered by the Minnesota Child Victim’s Act, which lifts the statute of limitations for people who say they were sexually abused. A judge ordered the parties into mediation in February 2015, but no settlement has been reached.

Attorneys expect the archdiocese to propose a Chapter 11 repayment plan that would significantly short-change the victims. According to a court document:

“Within the next few days, the Debtor will file a plan of reorganization that (i) seeks to prohibit more than four hundred survivors of clergy sexual abuse from reaching any of the assets that the Debtor alienated as a matter of civil law, but (ii) simultaneously provides more than 200 entities holding such assets with a complete and final release of liability for sexual abuse claims.”

The victims’ attorneys claim the archdiocese has put a shield around its most valuable assets by putting them into trusts or separate corporations that the archdiocese claims no control of. They also say the church’s court documents “vastly  undervalue” some of the most valuable real estate, including the Cathedral of Saint Paul and three high schools – Benilde St. Margaret, DeLaSalle and Totino Grace.