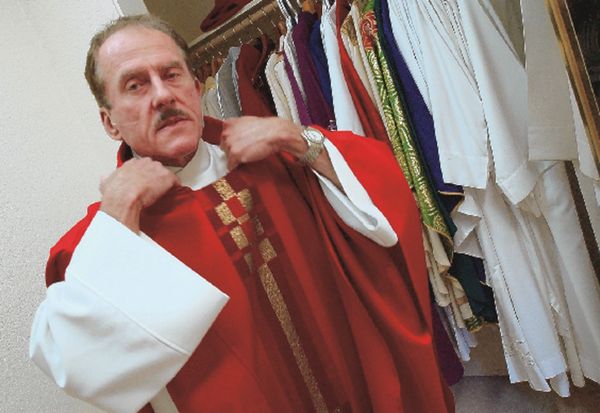 A Stockton monsignor is being sued for alleged sexual harassment and retaliation.

A pool maintenance contractor claims Monsignor Larry McGovern, with the Stockton Church of the Presentation, sent sexually explicit photographs of his genitals and fired the contractor after the victim reported the incident.

“This is a classic case of sexual harassment and retaliation,” said the victim’s attorney John Manly in a press release. “Monsignor McGovern texted a graphic photograph of his naked genitalia to my client, then terminated his employment after my client reported the lewd photo to the police. This would be a clear violation of the law by any employer but it is even more disturbing when committed by a member of the clergy.”

The lawsuit states the incident happened on July 26 and claims when the victim asked why McGovern sent the photo and if the monsignor was supposed to be celibate, McGovern responded with “celibate means not married…”

“Monsignor McGovern was a witness and denied knowing of any sexual improprieties by Father Kelly and Father O’Grady, despite living with them in the rectory for years and contrary to victim statements. It is sad but not surprising that he now stands accused of sexual misconduct,” said the victims’ attorney Vince W. Finaldi.

The Diocese of Stockton responded to the allegations with the following statement:

Today the Diocese of Stockton learned for the first time of employment related allegations against Monsignor Lawrence McGovern, the Pastor of Presentation Parish in Stockton. In accordance with the Canon Law of the Church, Bishop Stephen Blaire has placed Monsignor McGovern on administrative leave pending a full and complete investigation.