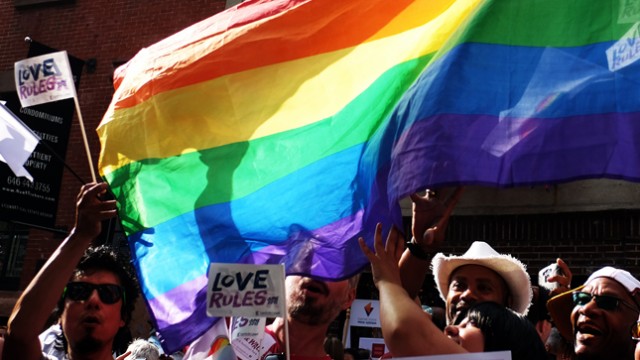 Support for gay marriage in the U.S. has reached a new high, according to a Gallup poll released Monday.

Sixty-four percent of respondents said marriages between same-sex couples should be recognized by the law as valid, the survey found.

The percentage increased slightly from last year, when 61 percent of Americans said same-sex marriage should be legal.

The poll found 71 percent of independents and 74 percent of Democrats support same-sex marriage.Slightly less than half of Republicans, 47 percent, back it.

Seventy-two percent of Americans say same-sex relations should be legal, up slightly from last year.

The poll was conducted from May 3 to 7 among 1,011 adults. The margin of error is 4 percentage points.