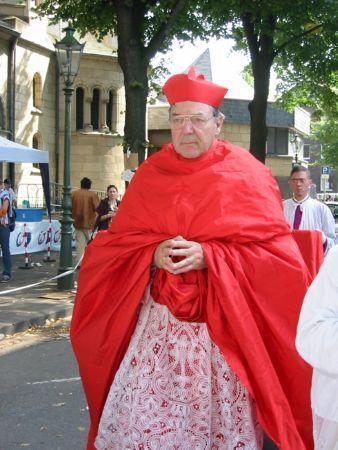 Victoria Police has confirmed Cardinal Pell has been charged on summons over multiple allegations and is due to face Melbourne Magistrates Court on July 18 for a filing hearing.

A statement from the Catholic Archdiocese of Sydney said Cardinal Pell had been informed of Victoria Police’s “decision and action”.

“Cardinal Pell will return to Australia, as soon as possible, to clear his name following advice and approval by his doctors who will also advise on his travel arrangements.

“He said he is looking forward to his day in court and will defend the charges vigorously.

“He has again strenuously denied all allegations.”

Cardinal Pell is the third most senior Catholic at the Vatican, where he is responsible for the church’s finances. 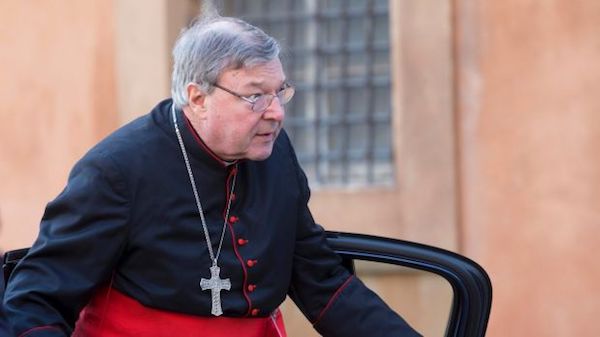 He is likely to step aside from his Vatican post while he fights the charges.

The charges were served on Cardinal Pell’s legal representatives in Melbourne on Thursday, Mr Patton said.

“There are multiple complainants relating to those charges,” he said.

Mr Patton said there had been a lot of speculation about the process that has been involved in the investigation of Cardinal Pell.

“The process and procedures that are being followed in the charging of Cardinal Pell have been the same that have been applied in a whole range of historical sex offences, whenever we investigate them,” he said.

“Cardinal Pell has been treated the same as anyone else in this investigation.”

Police did not take any questions during the press conference and did not detail what the allegations were.

Mr Patton said it was important that due process was followed.

“Preserving the integrity of that process is essential to us all and so for Victoria Police, it is important that it is allowed to go through unhindered and allowed to see natural justice is afforded to all the parties involved, including Cardinal Pell and the complainants in this matter,” he said.

All was quiet at Cardinal Pell’s Roman residence as the news broke.

He lives in a block of apartments on a square just outside the Vatican walls, metres from St Peter’s Square, and a minute’s walk from the doors to the Basilica.

Security is tight in this part of Rome – an army jeep with two alert, armed soldiers sits on the corner of the square, another on the other side of the wall – and the police presence in this part of the city is constant.

But there were no lights on in the building and the city was quiet in the early hours of Thursday morning.

Thursday is a public holiday in Rome – the fiesta of St Peter and St Paul. It’s a day when many natives traditionally head to the beach.

But despite the apparent peace in Rome, the announcement is set to send shockwaves through the Catholic Church in Australia and around the world.

Cardinal Pell has retained leading Victorian criminal barrister, Robert Richter QC, and it is likely some of the argument that Mr Richter will make in court will concern the question of whether Cardinal Pell can receive a fair trial given the large amount of pre-trial publicity.

As Australia has no extradition treaty with the Vatican, Cardinal Pell may avoid prosecution should he choose not to return to Victoria, but he is expected to come back to fight the charges.

Three detectives from Victoria Police’s Sano Taskforce travelled to Rome to interview Cardinal Pell about the allegations last year after he was declared unfit to travel to Australia.

He has repeatedly and emphatically denied all allegations, but said he would continue to co-operate with the police investigation.

Cardinal Pell was a priest in Ballarat before becoming Archbishop of Melbourne and then being appointed as a Cardinal.

The Catholic Archdiocese in Melbourne has been contacted for comment.

When it comes to historical sex abuse prosecutions, the charge an alleged offender faces, and the applicable maximum penalty, is determined by when the alleged offence occurred. There have been several overhauls of sexual offence laws since the 1980s.