Sexual abuse by clergy continues to be a problem within the Roman Catholic Church, according to a recent annual report. 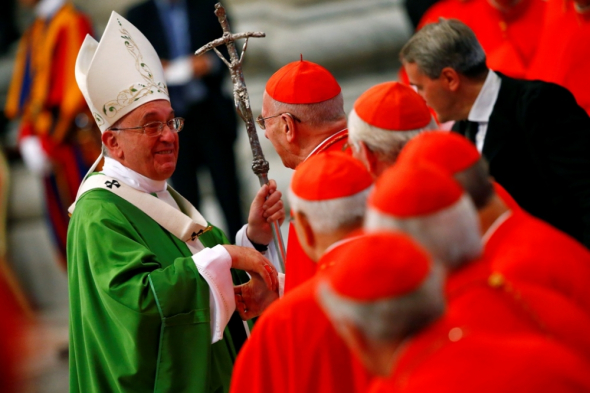 The Church’s National Review Board for the Protection of Children and Young People found in May that between July 1, 2015, and June 30, 2016, there were 1,232 abused individuals who brought forth 1,318 allegations of sexual abuse by clergy.

“Compared to 2014 and 2015, the number of allegations has continued to increase. This is due to six dioceses experiencing an influx of allegations during the 2016 audit year. Of the increase in these six dioceses, two were due to bankruptcy proceedings and the other four were due to the state opening the statute of limitations.”

While these allegations involved incidents of abuse from as far back as the 1940s, the report noted that 25 of the credible allegations came from “current minors.”

In a letter dated from March that was included in the report, National Review Board Chairman Francesco C. Cesareo stressed the need to stay vigilant in combating sex abuse within the Church.

“It is important for the bishops not to conclude that sexual abuse of minors by the clergy is a thing of the past and a distant memory,” wrote Cesareo.

“Any allegation involving a current minor should remind the bishops that they must rededicate themselves each day to maintaining a level of vigilance that will not permit complacency to set in or result in a less precise and less thorough implementation of the [Charter for the Protection of Children and Young People].”

At the start of the 21st century, the Catholic Church was rocked by an international scandal surrounding a wave of sexual abuse allegations leveled against priests and efforts by church leaders to cover up said abuse.

In response, the Church took measures to defrock priests and prevent future abuse cases. This included the creation of the National Review Board and its later expansion.

By 2014, the Church also spent approximately $3 billion due to the scandal, with the money going to settlements with victims and child protection initiatives.

According to Reuters, this allusion to the scandal came when the pontiff mentioned the “shame for all the times that we bishops, priests, brothers and nuns scandalized and wounded your body, the Church.”