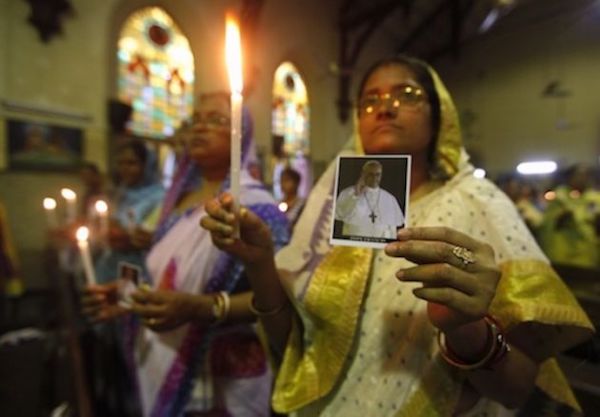 The majority of Catholic women in America are open to the idea of ordaining women as permanent deacons in the church, a new survey commissioned by America Media has found.

According to the survey conducted by the Center for Applied Research in the Apostolate at Georgetown University in partnership with survey firm GfK, 60 percent of American Catholic women are ready for the possibility that women could be inducted as permanent deacons. While Pope Francis has already clarified that having female priests might not be possible, he has expressed an interest in studying the possibility of having women serve as deacons, The Huffington Post noted.

The America Media survey found that 21 percent of Catholic women in the U.S. said they may support the idea of having female deacons in the Church but still want to study it before they make a final decision. However, 7 percent rejected the thought of ordaining women as deacons.

In addition, the poll found that Catholic women who went to hear Mass every week were less likely to agree to the idea of female deacons compared with those who attended infrequently. Still, 53 percent of the weekly attendees said “yes” to the idea.

Dr. Phyllis Zagano, who is part of the Vatican commission looking thorougly at the matter and is the best known advocate for female deacons, said the Catholic Church is still not ready to have female priests. During a talk at Yale University in 2013, she said priesthood and being a deacon were “two separate ministries,” The Catholic Herald reported.

In addition, Dr. Zagano said she could not find anything that said women had once been ordained as priests and added that none of her work supports the idea. However, she said the history of the Catholic Church favors the idea of ordaining women as deacons even though there are those who argue that the role of “deaconesses” in the early Church was different from that of today’s notion.