Priest Calls Cops on Black Funeral-Goers, Tells Them to ‘Get the Hell Out’ of Church 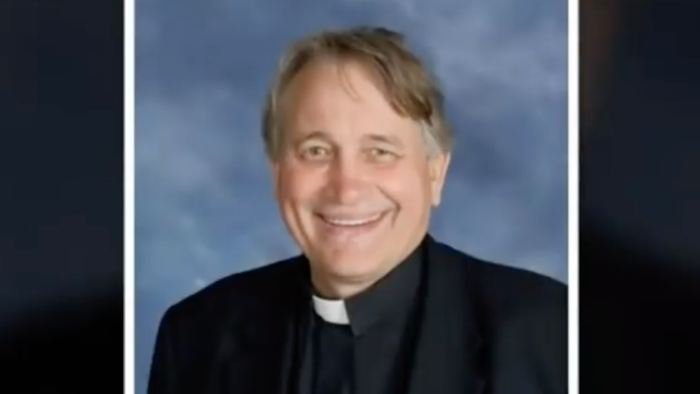 Despite having ample evidence that Jesus will work it out, a Catholic priest halted a homegoing service in Maryland to have a black family removed from the church. The servant of God even kicked the dead body out of the funeral, proving once again, there is no sanctuary when it comes to racism.

Aside from the fact that she was no longer alive, Agnes Hicks’ Charlotte Hall, Md., mass was going along perfectly fine on Tuesday until an attendee of the funeral went in for a hug and accidentally knocked over a chalice at St. Mary’s Catholic Church, angering pastor Michael Briese.

“There will be no funeral, no repast, everyone get the hell out of my church,” Briese reportedly told the family. According to Fox 5, Briese then kicked the family out of the place of worship, telling them to remove the body of the woman who wished to be laid to rest in the church where she was baptized.

But Briese wasn’t done. Yea, though he walked through the valley of the shadow of death, the priest feared no evil, but he was a little bit scared of black people. Instead of getting Jesus on the main line, Briese decided to call his Lord and Savior from whom all white things flow: the police.

After the police responded to the call, the officers determined that the family had done nothing wrong and escorted the family to another church in a nearby county where they finished the service.

Following the incident, the Archdiocese of Washington issued a statement saying: “What occurred at St. Mary’s Parish this morning does not reflect the Catholic Church’s fundamental calling to respect and uplift the God-given dignity of every person nor does that incident represent the pastoral approach the priests of the Archdiocese of Washington commit to undertake every day in their ministry.”

Church officials said they are still investigating the incident. I haven’t checked the archives, but I’m sure the Catholic church has a spotless record of handling priest wrongdoing. An organization of this size wouldn’t have millions of followers if the church had a history of dismissing traumatic events. If you Googled “Catholic priest scandal” or “Catholic church cover-up,” I bet you wouldn’t get any results.

Although the family says they are still upset by the event, I’m sure they’ll be ok.