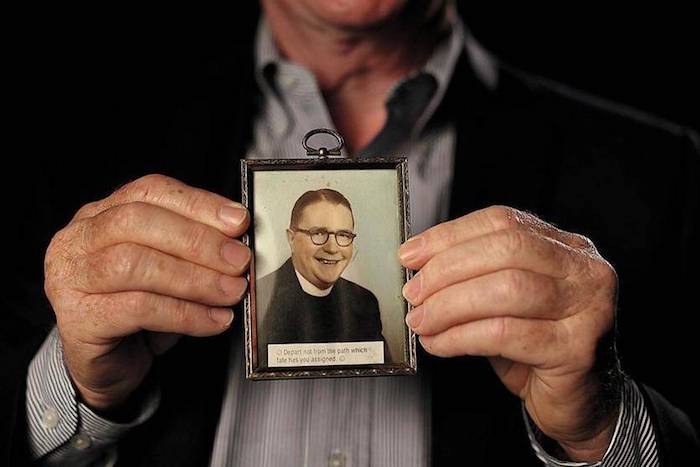 The DNA of a deceased Catholic priest, the Rev. Thomas S Sullivan, today was found to match the DNA of James C Graham, a South Carolina man who has waged a decades-long battle with Church officials over information regarding his parentage.

“Silent for 25 years (deceased Mar. 31, 1993), my father spoke to me today via his DNA. At Last, I have validated a truth I was denied my entire life; Father Thomas S Sullivan, an Oblate priest from Lowell, MA, was my father. The scheme devised to save the church from scandal in the 40’s, took me from my mother’s custody as a toddler, and ensured I would never know my father,” said Graham.

Ann Marie Mires, a forensic anthropologist, performed an exhumation of Sullivan’s remains on June 18, in Tewksbury, MA, at a private cemetery owned by the Oblates of Mary Immaculate, a worldwide Catholic religious order. She then sent samples of the remains to Bode Cellmark Forensics, a Virginia firm that conducted the DNA tests.

Known for her work identifying the remains of victims of convicted Boston gangster James “Whitey” Bulger, Mires said, “The confirmation of the DNA results is the significant step in restoring the rights and dignities to Jim Graham that were kept from him for the last 25 years. We are very pleased to have assisted Jim in his journey to find his true biological affinity and restore his family tree.”

Twenty-five years ago, Graham, now 73, was told his father may have been a Catholic priest. Upon seeing an obituary with a photo of Sullivan, Graham said he was immediately struck by the strong resemblance between Sullivan’s face and his own facial features.

Graham said he never doubted Sullivan was his father. But when he approached Oblate officials for confirmation he encountered quiet resistance. One Oblate priest who knew Sullivan told Graham to, “Forget the injustices of the past,” adding, “You have good genes, so get on with the rest of your life.”

Another priest provided Graham with church documents from the 1940s. The documents included correspondence between the Oblates in Buffalo, NY, where Sullivan was working, and Rome, confirming that Sullivan was involved with a woman. The priest also said other records had been purged, records that Graham believes would have shown that Sullivan fathered a son.

In February of this year, Graham wrote Oblate officials requesting the exhumation. To his surprise, the request was granted. Graham said he still hopes the Oblates will reveal the measures they took to conceal his parentage, denying him the chance to forge a relationship with his father.