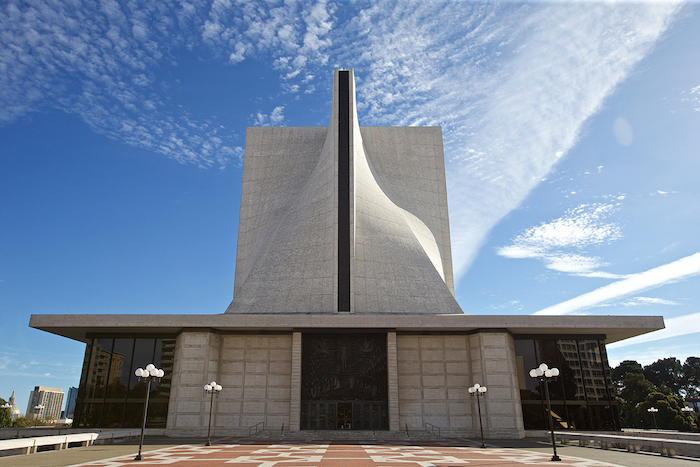 The Catholic diocese in San Francisco has settled roughly $87 million worth of sex abuse cases against priests and others associated with the church, mostly in the last 15 years, according to Archbishop Salvatore Cordileone.

The archbishop divulged the eye-popping figure during a series of town hall meetings held to address the sexual abuse of minors in the local Catholic Church on the heels of a grand jury report in Pennsylvania that found hundreds of priest had molested at least 1,000 children in that region.

The multimillion-dollar figure, while expensive, represents just a fraction of the problem in the Archdiocese of San Francisco, according to an advocate with the Survivors Network of those Abused by Priests, otherwise known as SNAP.

“It’s just the tip of the iceberg,” said SNAP national Board of Directors Secretary Melanie Sakoda, who is based in the Bay Area. “Only maybe one in 10 victims ever come forward. Some of them will say they don’t want money. They just want their abuser out of ministry.”

In October, a law firm named 135 priests linked to the Catholic diocese in San Francisco who have been accused of sexual abuse. Cordileone has not released such a list, though the archbishop was expected to decide whether to name priests who have been credibly accused by the end of November.

In a Nov. 15 letter, Cordileone said only that he had decided to hire an independent consultant to review the personnel files of all 4,000 priests who have served in the diocese since 1950.

“This work will take a while, and when it is done I will report back the results to the Archdiocese,” Cordileone wrote without addressing the release of names.

Cordileone disclosed the $87.2 million sum on Oct. 18 at St. Stephen’s Catholic Church. He said $80.5 million worth of a total of 125 sex abuse cases had been settled since 2003, when California lifted the statute of limitations for adults abused as children to file civil lawsuits against the church for one year.

California passed legislation opening the one-year window for civil litigation after the Boston Globe reported in 2002 on the local church covering up for priests who abused children.

“To me this is the deepest betrayal imaginable,” Cordileone said. “I can’t express adequately the deepest shame for you, our victims, and for what has been done to you, and for those in positions of authority who did not respond responsibly but rather allowed abusive priests to continue unchecked.”

Cordileone said insurance covered 70 percent of the $87.2 million in settlements, while roughly $35 million of the funds came from the diocese, the sale of church properties and other religious funds. No parish funds were used to cover the costs of the settlements, he said.

Cordileone claimed there had not been a reported incident of the sexual abuse of a minor in the Archdiocese of San Francisco since 2000.

“We did have a close call in the year 2011,” Cordileone said. “There was a priest serving here from another diocese who made advances to a young man who was just shy of his 18th birthday. The father was nearby and intervened so thankfully the abuse didn’t happen, but that priest has been removed from ministry.”

Sakoda questioned the claim. The SNAP advocate said she does not believe abuse has stopped in the local diocese — it likely just hasn’t been reported yet.

“The average age for coming forward is 48,” Sakoda said. “It could be either that people aren’t reporting it, or that Archbishop Cordileone is not being totally honest in the sense that there have been no allegations they have found, in their word, to be credible.”

Cordileone said the priest in that incident was from Guatemala and had left the country by the time of the report.

As for the millions in settlements, Cordileone said the diocese most recently discovered it had paid $60,000 to settle two cases in Stockton in the 1950s. Church officials found out about the settlements during bankruptcy proceedings for the city, which was once part of the Diocese of San Francisco.