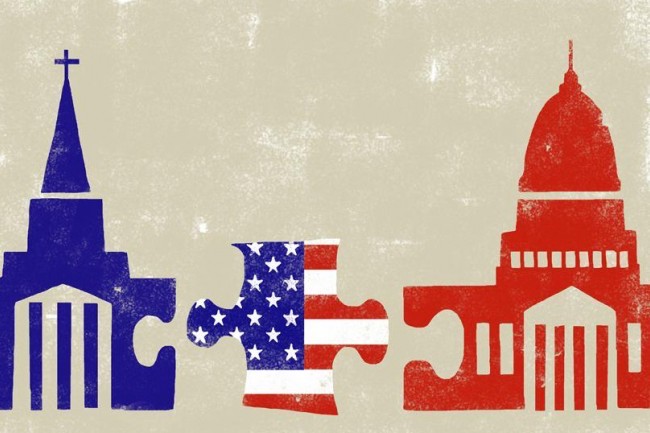 The Trump administration has sided with a Catholic school that fired a teacher after he entered a same-sex marriage.

Joshua Payne-Elliott lost his job as a world language and social studies teacher at Cathedral High School, a private Catholic school, in Indianapolis in June 2019. His husband, Layton Payne-Elliott, is a teacher at Brebeuf Jesuit Preparatory School. After the couple married in 2017, the Catholic Church directed the schools to fire both men.

The Archdiocese of Indianapolis stripped Brebeuf of its Catholic status after it refused to fire Layton Payne-Elliott. Days later, Cathedral fired Joshua Payne-Elliott after the archdiocese threatened it with the same action.

In a statement to the parents and staff, Cathedral called the decision to terminate Joshua Payne-Elliott “agonizing” and “made after 22 months of earnest discussion.”

Joshua Payne-Elliott sued the Archdiocese of Indianapolis, claiming that it illegally interfered with his employment relationship with Cathedral.

The Department of Justice (DOJ) has filed a brief in support of the Archdiocese of Indianapolis. The case is currently before the Indiana Supreme Court.

In the 36-page brief, U.S. Attorney Josh Minkler for the Southern District of Indiana argues that the archdiocese is protected under the First Amendment.

A gay guidance counselor at a separate Catholic high school has also filed a federal lawsuit against the archdiocese. Lynn Starkey says she was fired because of her same-sex marriage.

The Roman Catholic Church, which views gay relationships as sinful, has taken a strong stand against same-sex couples who marry.

According to New Ways Ministry, a group that advocates on behalf of LGBT Catholics, roughly 90 church workers “have lost their jobs in LGBT-related employment disputes” since 2007.