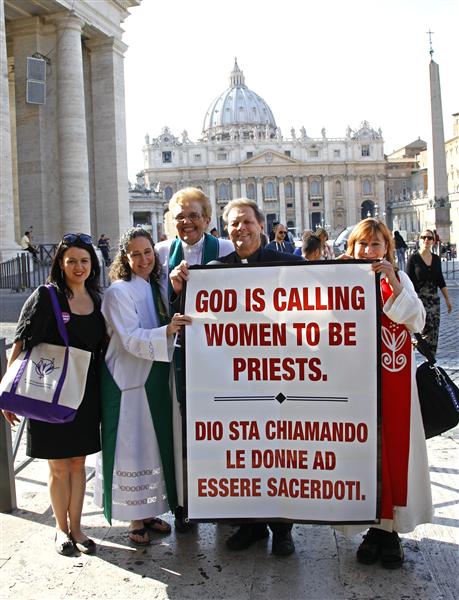 A CATHOLIC priest has admitted that the Church has traditionally treated woman very badly, and effectively still does.

Fr Kevin McNamara of Moyvane, Co. Kerry made the admission during a documentary about the decline of Catholic traditions within the Church today.

“As a church we have been very, very, very hurtful to women and still are,” said Fr McNamara in The Confessors, which aired on RTE One on Monday night.

“The Church is all male, all the time. We really need to look at that,” he added.

“We should put our hands up sooner rather than later.”

He went on to admit the devastation he felt at the flood of revelations of child sexual abuse perpetrated by the clergy.

“I actually cried my way through a Mass at the height of the child sexual abuse [scandal]. How people in authority could have blatantly told so many lies, or opted not to tell the truth,” he said, before adding that staying quiet about such atrocities was “the devil’s work”.

With the tagline “a study of sin and redemption as told by Irish priests through the prism of the Confession box”, The Confessors features accounts from 15 priests – of all ages and from all corners of the country.

It also features a priest who says he won’t wear a dog collar for fear of being attacked outside work, and priests who admit that confessional boxes go more-or-less unused for most of the year.