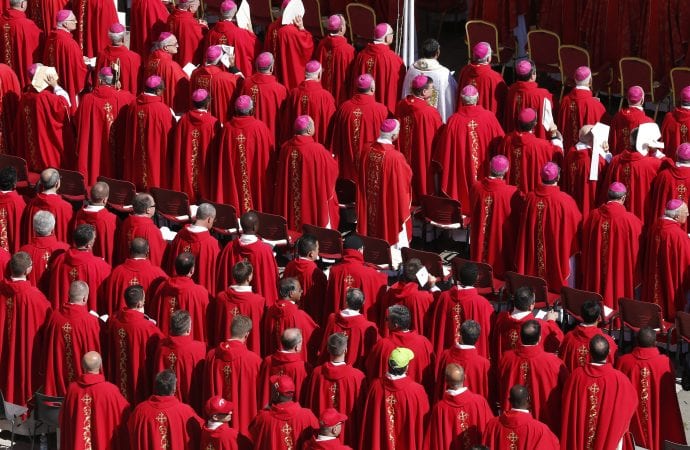 In just one week in January, it seemed as if all the grief and shame was unleashed again. Every media outlet was covering one story after another about the Catholic Church and the cumulative effect was dispiriting and demoralizing.

There was the decision by the Supreme Court of Canada, which declined to hear a final appeal from the Archdiocese of St. John’s concerning its liability over the abuse of children at Mount Cashel Orphanage; there was the rising clamour for the resignation of Vincent Nichols, the Cardinal Archbishop of Westminster (the premier Catholic prelate in England), following a report chronicling his failure to deal with abuse cases while Archbishop of Birmingham; there was the final report of the Commission of Investigation into Mother and Baby Homes in Ireland, with its searing indictment of ecclesial neglect and cruelty; and there was the uncontained outrage in Cologne, Germany, over the obstinate refusal of its Cardinal Archbishop, Rainer Maria Woelki, to make public the findings of an investigation he commissioned into abuses in the archdiocese.

So when does it end? When will the toxin that is clericalism – the corrosive pattern of entitlement and abuse of power by clergy – be purged? How does the institutional church move on when it cannot stanch the flow of allegations? Certainly the contributing factors are many – and some are outside the immediate boundaries of church life. But what progress can be made if there is still resistance to full disclosure, to acknowledging the sins of the past in a manner that is genuinely contrite and not choreographed by lawyers and actuaries, when many officials, fatigued and defensive, simply want to escape the relentless pull of accountability?

By means of various studies, surveys, commissions and academic panels, we have a good if not comprehensive understanding of the roots of many of the problems we consider to be the marks of clericalism: the absence of psycho-sexual maturity, truncated emotional growth, the perks of prestige (at least among some in the Catholic community), power and entitlement by virtue of one’s “calling.” It can be reasonably said that we have a handle on the diagnosis. It is the prognosis that concerns many – not least of whom is that ardent advocate for structural change, Nuala Kenny.

A Sister of Charity of Halifax, retired pediatrician and ethicist, Dr. Kenny is tenacious in summoning Catholic authority to the task for reform. In her forthcoming book, The Post-Pandemic Church: Prophetic Possibilities, she highlights her anguished puzzlement that “in a church with a strong commitment to life, the sexual abuse of children and youth is not considered a pro-life issue.” She recognizes that the church’s ill health and slow response to the challenge is attributable to many factors both external and internal. But the persisting pathology compromises the church’s essential purpose, weakening its credibility, souring Catholics on their spiritual birthright – a true sign of enduring scandal.

To reclaim trust, to build anew confidence in the integrity of the church’s leaders – from local pastors to bishops – channels of communication are essential with theologically literate laypeople and a creative rethinking of the way we educate men to priestly ministry is fundamental. And in doing this, we need to de-emphasize, if not eliminate entirely, the spurious and seemingly ineradicable notion that somehow – ontologically – priests are a different species. We need also to take seriously the theological and historical arguments for the ordination of women to the ministry of deacon.

Some of these matters fall within the jurisdiction of the local bishops, some other matters are reserved to Rome, but what is critical at this juncture is action, not paralysis – not waiting out this pontificate in the hopes that the next pope will restore the old identity and calm the tempestuous waters that beset Peter’s barque. Nostalgia and fantasy have no place in a reform agenda. Or, indeed, with reality.

Dr. Kenny’s moral urgency is underscored by the following passage from the late spiritual writer and Irish priest Daniel O’Leary, who spoke of clericalism shortly before his death in 2019 as “a collective malaise … It keeps vibrant life at bay; it quarantines us for life from the personal and communal expression of healing relationships, and the lovely grace of the tenderness which Pope Francis is trying to restore to the hearts of all God’s people.”

The curse of clericalism – a phrase employed by bishops and popes alike – can only really be extirpated when there is institutional will to do so. Dr. Kenny is wondering why we are still waiting. So am I.