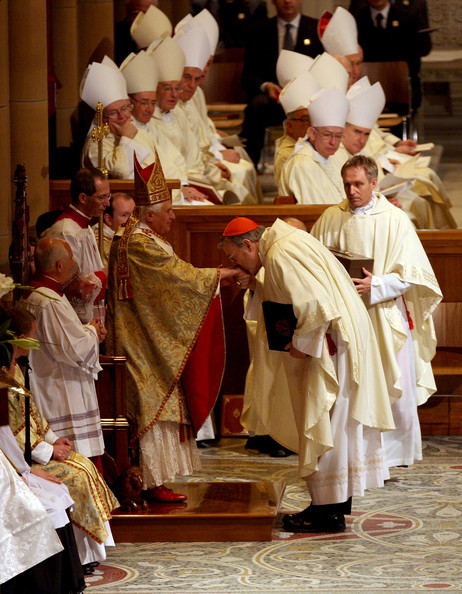 When the Irish Government negotiated a settlement of the compensation due to the tens of thousands of people abused and traumatised in institutions run by the Catholic Church, the total came to €1.36 billion.

The Government wanted the Church to pay half of this, but during negotiations in 2002, the Church managed to wangle its way into contributing only €120 million (£107m) – a pitifully small fraction of what was needed.

This deal was struck on the hypothesis that there would be 2,000 claimants, something the Church was uniquely qualified to know would not be the case.

Only after a great deal of public pressure, the amount the Church will pay is now to be renegotiated, with the Government having carried out a review of the assets of the religious orders that abused, over many years, those in their care.

The review has revealed the staggering wealth of these religious orders. It showed between 1999 and 2009, the orders made €667 million in property deals.

Almost all of these sales were made while the Commission to Inquire into Child Abuse was investigating the years of suffering endured by children in their care.

A quarter of all these trades involved the 2,088-member Sisters of Mercy.

Its four provinces sold 195 properties, including a €32m deal for 16 acres in Killarney.

The order still retained over €1 billion in land assets after these deals.

The 250-member Christian Brothers made €79m in the decade under review and the smaller Oblates of Mary Immaculate featured prominently because of the €105m it made by selling its Belcamp campus in north Dublin.

The €667m total contributed to the revenue of 17 of the 18 orders which, in 2009, agreed to renegotiate the controversial 2002 indemnity deal.

The subsequent sales returns consisted of over 395 properties in the Republic, the North, Britain and America.

The details were released to an Irish newspaper with the orders’ agreement.

Some properties were transferred to community, public and diocesan bodies for nominal fees. Others were bought at peak prices by speculators and developers.

The asset review took place after a public backlash following the Ryan Report two years ago.

The report’s contents forced the Government and the orders to revisit the deal which capped the liability of the orders at €128m.

On the basis of the review, the orders raised their offer to €476m.

This was to go towards compensating victims, building the new National Children’s Hospital and erecting a memorial.

However, Education Minister Ruairi Quinn says he is disappointed by the offer from the various orders – they are still several hundred million short of what is needed.

He is now seeking further property transfers and says he will use bailiffs to seize more property if necessary to make up the shortfall.

But, as Dearbhail McDonald, the legal editor of the Irish Independent, pointed out, much of the money is tied up in charitable trusts for a specific purpose.

He maintains it will be difficult — even impossible — for the Government to access it.

“The chances of the Government sending in the bailiffs to the religious orders is about as likely as the sisters and brothers footing their half of an estimated €1.36bn abuse bill: negligible.”

Ruairi Quinn wants the orders’ overall contribution to be raised to €680m.

He says that if the Church does not pay its fair share of the settlement it will mean further cuts in public spending in a country already suffering mightily in the recession.

The Government is to re-open discussions with the clergy shortly.

“I’m going to enter into these negotiations with an open mind,” said Minister Quinn, although he told reporters that he is “not confident” that the Church will stump up its share.

“This is about recouping for the distressed Irish taxpayer a vast amount of money, the alternative which is that we have to reduce further expenditure and introduce saving in areas that we would otherwise not want to do.”

Despite the sales, the various religious orders retained a bank of property assets worth €3.07bn and financial assets of €704m.