It seems that the United States is not the only country in which Roman Catholic clergy are speaking out against the church hierarchy’s rhetoric against LGBT people. 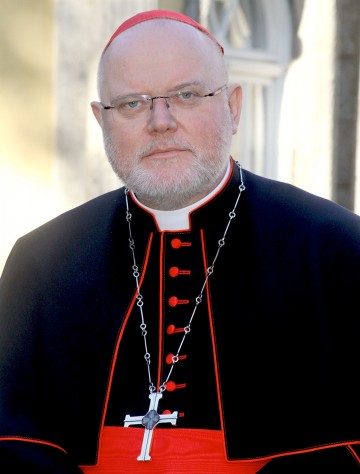 On the heels of polls indicating that US Roman Catholics are highly supportive of LGBT equality and a prayer service held in support of LGBT Roman Catholics at St. Cecilia’s in Boston, Mass., a German priest has critical words for the Catholic Church.

Cardinal Reinhard Marx of Munich says that the Catholic Church has “has not always adopted the right tone” toward LGBT people.

The Cardinal further states that, while he cannot officially bless a union between two people of the same sex, he can (and implicitly will) pray for their relationship if asked.

Nothing in Cardinal Marx’s statement overtly contradicts Catholic teaching on LGBT people, but his contention that the church has historically addressed LGBT people poorly is a departure from many others in the Catholic hierarchy.

Interestingly, the Cardinal is trained in Catholic social doctrine and has been called both “left of center” and a “moderate conservative,” so perhaps his recent statements are not as surprising as they would first seem.

He has also spoken out against poverty and in support of both job creation and expanded acceptance for refugees in Germany.

Cardinal Marx is the youngest voting member of the College of Cardinals, the highly ranked Roman Catholic body that, as one of its many duties, elects the Pope.

Any step by socially conservative religious figures toward acceptance and understanding of LGBT people is important.

Though the Catholic Church as a whole has a long way to go, GLAAD is pleased to see the rhetoric changing and commends Cardinal Marx for speaking out against the defamatory language that has so often been used in Catholic teaching about the LGBT community.