Local clergy abuse victims are accusing St. Louis’ Archbishop of sitting on the sidelines Colorado police investigate a sex abuse allegation levied there against a priest who used to work here. 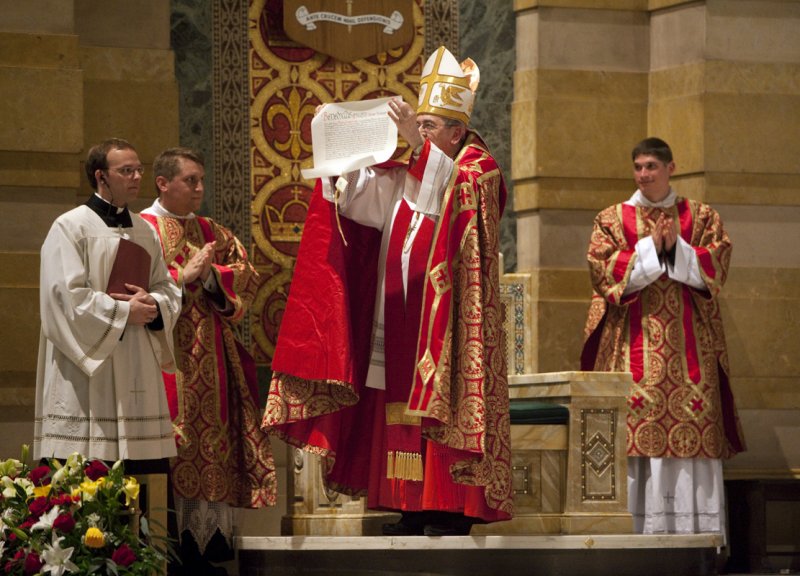 Father Charles Manning, who used to work at parishes in Bridgeton, Glencoe and Imperial was suspended from his St. Gabriel the Archangel parish in Colorado Springs last weekend, while police investigate an allegation that he sexually abused a minor. Even though no charges have been filed and there are no allegations against him in St. Louis, Survivors Network for those Abused by Priests Director David Clohessy believes Archbishop Robert Carlson should be pro-active, “Anytime a priest is suspended because of child sex abuse allegations, but especially when there’s a pending police investigation, Catholic officials have a civic duty, plus a moral duty, to aggressively seek out any other victims, witnesses, whistleblowers.”

Clohessy was asked if he knows if the Archbishop is helping police in their investigation, behind the scenes, “We’ve seen no evidence that he has and the easiest way, of course, to help is to simply use church bulletins, church websites, church pulpits to let parishioners know that Fr. Manning has been accused and suspended and let them know there is, in fact, a pending criminal investigation.

Clohessy also questions why Manning, who was ordained in St. Louis, was transferred to Colorado in 2007. He also wants to know why Manning was not listed in the Official Catholic Directory in 2002.

The Archdiocese has issued the following release:

The Archdiocese of St. Louis has been made aware of a complaint of sexual abuse of a minor involving Fr. Robert Manning, a priest of the Archdiocese who was, at the time of the alleged incident, serving as a priest in the Diocese of Colorado Springs. This is the only allegation of abuse involving Fr. Manning during his years of service as a priest, the last five of which have been in the Diocese of Colorado Springs. While the police are investigating this allegation, Fr. Manning has been placed on administrative leave. He is residing in a monitored environment and will not be permitted to exercise any form of public ministry.