The secret children of a Catholic priest in New Zealand are about to reveal their identity to their local bishop, and a New Zealander who personally briefed the Pope on the topic says the Vatican has recognised the right to know one’s parents 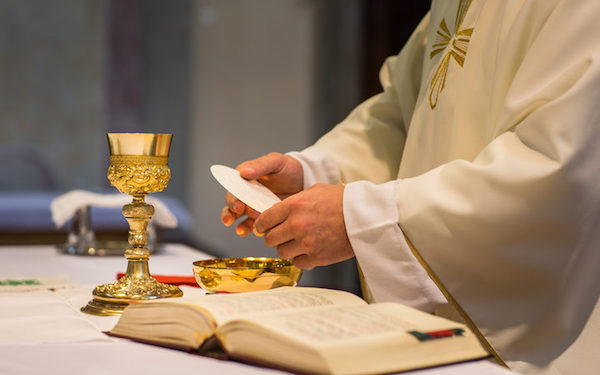 The adult siblings are among thousands internationally who have contacted the Coping International website, which offers support to the children of clergy.

The site’s founder Vincent Doyle – an Irish man who himself is the son of a priest – said he expected many more New Zealanders who are priests’ children, or their mothers, to come forward as they gained courage to speak up.

“We’ve been contacted from a number of people in New Zealand – one family where there’s more than one child to the same priest, to the same woman – but they’re going to be making moves in the coming future to the respective diocese and they’ll be contacting the bishop concerned.”

The family had contacted his website in the last three months, and granted him permission to speak a little about their situation, but most details remained confidential such as how many children there were and where they had grown up.

They were among 13,500 people worldwide who had been in touch with Mr Doyle since he started the website in late 2014.

His site gained international prominence in August this year when featured in a new series by the Boston Globe’s Spotlight unit, which is famous for exposing clerical sex abuse of children.

The response to the website has forced the Vatican to acknowledge the issue, and last month it began working on guidelines for how to respond.

“The expectation would be that the [priest] should go and be a father to his child,” said Bill Kilgallon, an Aucklander who personally briefed the Pope last month on the issue as part of the Pontifical Commission to help protect children.

Mr Kilgallon said the Catholic Church had no idea yet how many children have been conceived by priests.

The search phrase “I am pregnant and the father is a Catholic priest” featured in about 1500 of 96,000 hits on Coping International’s website, which its founder pointed out would be mostly from English speakers with Internet access.

“How many don’t fall into that category?” Mr Doyle said.

A psychotherapist in his 30s, he found out six years ago that his godfather, Father John Doyle, was also his biological father.

He made the realisation when he came across some poetry the priest had written, and had since taken his father’s name.

The church hierarchy had mostly responded well when children had come forward, Mr Doyle said, although some priests had been shocked or resistant.

The youngest child they had been alerted to was just three years old, and the oldest an 80-year-old woman. In one case, they knew of a priest who had six children by different women, while one priest who worked in the United States had a family in the Philippines.

Mr Doyle insisted the clerical response was not the priority for his organisation, but rather the goal was to help children whose mental health had suffered without knowledge of their father, or having to keep that knowledge secret as with the New Zealand family.

“There have been efforts to kind of stifle their wellbeing, and to keep them quiet and enforce secrecy,” Mr Doyle said.

“This secrecy more than often comes from family or relatives or friends: the community around you. Not the Pope, the Vatican, the bishop, especially in today’s society in a country like New Zealand.

“They must, must get this right. This is the first time in history the church has really done this … they can’t just put out some guidelines… If they mess this up they will traumatise thousands of people.”

Mr Kilgallon acknowledged there might be complications, such as a priest’s financial obligations to a child, or the need for DNA paternity testing, but these were purely secondary to the primary responsibility of the priest.

“We’ve acknowledged … children have rights and one of the rights is to know their parents.”

“The difficulty is when children are born in a situation where the father is a priest who’s not supposed to be in a relationship and fathering children. This can often lead to the relationship being kept secret, the identity of the father being denied to the child.”