Forget what you’ve heard in the very recent past, the Salvation Army wants everyone to know that it does not discriminate against gay people. 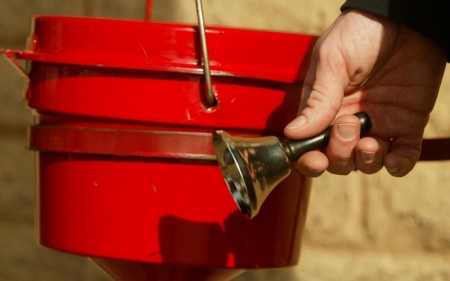 The website for the Salvation Army in Central Ohio currently features a video defending the charity’s past treatment of the LGBT community.

Under the headline “Salvation Army Open to All,” the video addresses what the Christian social-welfare organization calls “inaccurate claims.”

“Rumors have been leading some to believe that the Salvation Army does not serve members of the lesbian, gay, bisexual and transgendered community,” it says. “These accusations simply aren’t true.”

The only problem? The rumors aren’t rumors. The accusations are true. The Salvation Army has a very long and colorful history of opposing equal rights for LGBT people, and no amount of heart-wrenching YouTube videos are going to make us forget that.

Earlier this year, the organization denied shelter to a trans woman in Texas who was forced to flee her home after receiving death threats. And last winter, it included links to “ex-gay” organizations on its website. Then there was that incident in 2012 when the Andrew Craibe, the Salvation Army’s Media Director in Australia, said gay people should be “put to death.”

But, hey, all that is water under the bridge, right?

“For the past few years during the holiday season, a lot of chatter on social media was saying the Salvation Army was antigay and discriminates against people in the LGBT community,” said national spokesperson Lt. Colonel Ron Busroe. “I felt we needed to be proactive on this.”

He continued: “My concern is that we need to make sure that people aren’t reading things on the Internet or through social media and thinking that must be true.”