Colin Collette, a gay man, worked as the music director of Holy Family Catholic Community in Inverness, Illinois for 17 years, preparing songs for worship and orchestrating liturgy for weekly services. When Illinois embraced marriage equality in June, Collete and William Nifong, his partner of five years, celebrated a month later by getting engaged in Rome “in the shadow of St. Peter’s Basilica” and quickly announcing their betrothal on Facebook.

Instead of congratulating the couple on their upcoming nuptials, however, the priest at Holy Family responded by immediately asking for Collette’s resignation, saying his homosexuality violated tenets of the Catholic Church. When Collette refused, he was promptly fired. 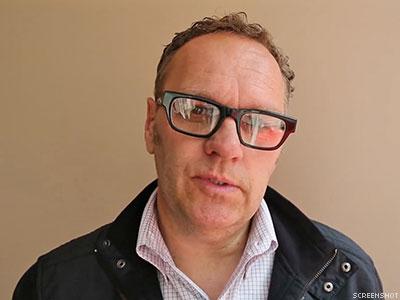 “’Don’t Ask, Don’t Tell’ is the policy in the [Catholic] church,” Collette told ABC 7, a local news affiliate, in August. “I guess as long as you’re willing to live the lie, you’re safe.”

The church’s decision outraged many in the suburban parish, several of whom have held prayer vigils and voiced public support for their former music director. On Thursday, however, Collette took the matter to court, filing a federal discrimination complaint with the Equal Employment Opportunity Commission (EEOC) and the Cook County Commission on Human Rights. The move is a preliminary step towards filing a formal lawsuit; if the EEOC agrees with Collete’s complaint, it can either grant him the right to sue his former employer or even sue the church on his behalf.

“It is with deep regret that I have had to pursue this course of action,” Collette said in a press conference on Thursday. “I have chosen to enter into a marriage, as is my right under Illinois law, and perhaps I can open the door to other men and women who the church has chosen to exclude from the community.”

Collette, who holds a Masters in Divinity, named Holy Family’s priest and a parish manager in his complaint, saying his firing amounted to discrimination on the basis of sex, sexual orientation, and marital status. He also contended that his employer was well aware of both his homosexuality and his relationship with Nifong before he was let go, as the two were active members of the community.

“Our pastor knows both of us,“ Collette told the Chicago Tribune. “We’ve been to many social functions together, including the 20th anniversary of the parish.”

Collete’s complaint challenges the unusually broad power afforded to religious institutions to dictate who they hire. In 2012, the U.S. Supreme Court ruled that faith-based employers are allowed to hire and fire people for reasons that would otherwise be discriminatory because of a so-called “ministerial exception.” Although they are still technically subject to anti-discrimination policies, religious groups effectively have full control over “ministry” positions, a broadly-defined classification that extends beyond ordained clergy.

The case also poses a public test to the newly-appointed Archbishop of Chicago, Blasé Cupich. When Pope Francis tapped the former Bishop of Washington for the illustrious position in September, left-leaning progressives lauded the decision as a progressive step, citing Cupich’s passionate support for immigration reform and his willingness to condemn anti-gay bullying as “hateful and disrespectful” to “human dignity.” But while Cupich is far more progressive than Cardinal Francis George, his predecessor compared organizers of the Chicago Pride Parade to the Ku Klux Klan, he has not shown a willingness to break from traditional Catholic understandings of sexuality: Cupich openly opposed Washington state’s 2012 vote to embrace marriage equality, and has yet to respond to Collete’s complaint.

Collette’s filing is part of a growing number of LGBT people who are fighting back against the Catholic Church for firing people based on their sexuality. Colleen Simon, a Catholic food pantry worker in Kansas City, Missouri, who was fired in May for being gay, is suing the local diocese, saying they were aware of her orientation before her job was terminated. Meanwhile, several Catholic schoolteachers in the Archdiocese of Cincinnati are refusing to sign a new contract that reclassifies teachers as ministers and asks them to “refrain from any conduct or lifestyle” that is “in contradiction to Catholic doctrine or morals.”