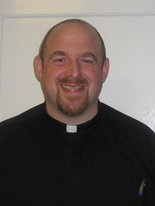 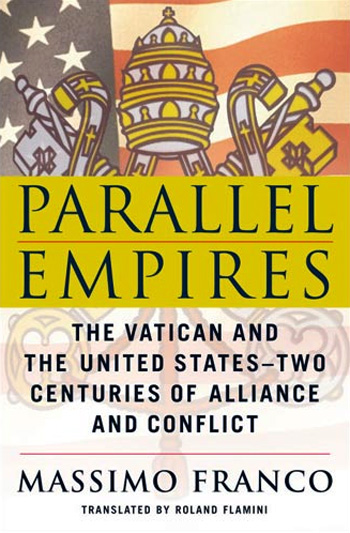 Roy Bourgeois is a former missionary, a Nobel Prize nominee, a Vietnam vet with a Purple Heart and a Maryknoll priest, who founded and now presides over SOA Watch, a grassroots organization that is seeking to close down the Western Hemisphere Institute for Security Cooperation (WHINSEC).

WHINSEC (formerly “School of the Americas”) is an academy for torture whose alumni include Manuel Noriega; many of Augusto Pinochet’s generals; the leaders of the 2009 military coup in Honduras; and Roberto d’Aubuisson, the commander of El Salvador’s notorious death squads — the same death squads that executed tens of thousands of Salvadoran civilians, including three nuns and the church worker they raped before murdering. (Two of the nuns were friends of Father Bourgeois.) That same year, SOA-trained assassins murdered Archbishop Romero. The name of the school has changed but the work of father Bourgeois and others continues to be consecrated to putting WHINSEC/SOA, which continues to train assassins, out of business.

Roy Bourgeois made the front page of this past Saturday’s New York Times, and I was glad for the good news at hand: 157 priests signed a statement in support of Father Roy Bourgeois, whom the Vatican has begun to defrock. The 157 have not necessarily signed on in favor of women’s ordination — but rather to protest the punishment of a priest for speaking out on a matter of conscience.

The Vatican began its crusade to defrock Father Bourgeois in November of 2008 with the threat of excommunication. (Read Bourgeois’s response.) In April of this year, Father Bourgeois received his first “canonical warning,” which was signed by Rev. Edward M. Dougherty, the Superior General of the Maryknoll order. The Maryknoll have a tradition of taking the Christ-like part of the priest’s vocation seriously; therefore, we can assume that Vatican made Father Dougherty an offer he couldn’t refuse.

Usually (and especially in recent years), when we hear about the defrocking of a Roman Catholic priest, an accusation of sexual misconduct is involved. Not so in this case. Had Father Bourgeois raped an altar boy, he would not now be hanging on to his frock by a thread.

According to the New York Times, Father Bourgeois explained why he cannot recant in an interview this past week:

“I see this very clearly as an issue of sexism, and like racism, it’s a sin. … It cannot be justified, no matter how hard we priests and church leaders, beginning with the pope, might try to justify the exclusion of women as equals. It is not the way of God. It is the way of men.”
I have been following (and writing about) the persecution of Father Bourgeois for a while, and it seems to me that the Vatican’s determination to crack down on priests who support the ordination of women, when seen alongside its (relative) indifference to the plight of adults who were raped as children by Catholic clerics, is self-serving and twisted. Even the Knights of Columbus set are beginning to be troubled by this bizarre juxtaposition, and that more and more Catholics are beginning to see the pontiff and his team as a gang of mean, power-drunk perverts who aren’t all that interested in God.

Sure, there are ultra-conservative, lockstep Roman Catholics who take a strict construction approach to embracing dogma and doctrine. They’d follow the Borgia pope to the letter, too. But most Catholics are not that, and even the most conservative of us — because we tend to agree that the current Vatican teaching which upholds the obligation of Catholics to discern is correct — are, to some degree, pick-and-choose Catholics.

Even Catholics who oppose the ordination of women are beginning to notice that there’s something not quite right about defrocking a missionary veteran with a Purple Heart as hundreds of bishops who pimped out children continue to minister amok, frocks intact.

The July 23 Times piece quotes Christopher Ruddy, an associate professor of theology at the Catholic University of America, as saying the following:
“I don’t think anything will come of it…”

Ruddy goes on to explain that church teaching on the “nonordination of women” may come under the heading of “infallible teaching.”
Maybe Professor Ruddy is right about the infallible teaching aspect. But I think a lot has already “come of it.” More than 150 signatures is something. These priests have publicly confirmed what people in parishes all over the world know: that there is widespread support among practicing Catholics for the ordination of women.

I sat beside a friend who is a Catholic priest this past weekend at a dinner party. We were talking about women’s ordination. One of his remarks should shed a particular light: “[The Vatican] won’t even talk about it.”

We have all experienced some version of this kind of refusal to talk in our personal lives. An argument transpires. Logic falters, stubbornness sets it, fear of losing the argument takes over and the one losing the debate walks away.

The argument against women’s ordination is a lousy one. Arbitrary and flimsy, it’s a variation on “because we said so.” The prohibition is a man-made “law” grounded in medieval, temporal politics. It’s man-made policy based on broad interpretations and misinterpretations of select, ancient, translated, retranslated and mistranslated texts. The argument against women’s ordination is fueled by greed and a juvenile fear of the power, strength and sexuality of women.

In street terms: the pontiff and his boys — they got nothin’.

The pontiff can take his shot at Bourgeois, but he won’t land a punch.

According to the Vatican’s own doctrine, it is God who turns men into priests. “Defrocking” Father Roy Bourgeois will not render Father Bourgeois any less a priest. The dress does not make the man a priest.

So Ratzinger and his boys in lace will just have to be satisfied with the hope they might yet rob a 72-year-old Nobel Peace Prize nominee of his medical insurance and modest retirement plan.

And they probably will be because that’s who they are.