A Filipino priest has been condemned by diocese authorities, after video of him gliding around church on a hoverboard during Christmas Eve mass went viral.

The priest, who has not been named, can be seen sailing up and down aisles as churchgoers in Laguna province applaud.

“That was wrong,” the Roman Catholic Diocese of San Pablo said in a statement on its Facebook page.

It said he greeted people and sang a Christmas song on the hoverboard and he was now out of the parish to “reflect”.

“The Eucharist demands utmost respect and reverence. It is the Church’s highest form of worship, not a personal celebration where one can capriciously introduce something to get attention,” the diocese statement said.

It added that the priest saw the incident as a “wake up call”.

A version of the video was uploaded by traditionalist Catholic group Novus Ordo onto its Facebook page and was widely shared, but it has drawn a mixed reaction on Facebook.

“Complete and total disrespect not only for the Lord but also for the salvation of all those poor souls,” said Scott LaLonde. “To top it off he couldn’t even sing.”

Filipino Catholic Romy Vicente said the incident was “ridiculous”. “How can you meditate if you see this happening inside the church where holy mass is going on?”

Other users showed support for the priest and applauded his “fun spirit”.

“This is actually fun,” said Rob Trainor from Canada. “I am Roman Catholic but not a practising one that attends Mass regularly. If there were more priests like this one, I may be tempted to return to mass. If people keep calling for traditions, you will lose even the most ardent Catholics.”

“Doing a sermon from a hoverboard was a great way to show how Catholic church is making strides in entering the new era,” commented another Facebook user Mark Lewis.

The Philippines is the third largest Christian country on earth, with an estimated 80 million Catholics.

With 81% of the population defining themselves as Catholic, the country’s culture and society has been closely intertwined with the teaching of the church. Laws in the country are also often framed around traditional Catholic values. 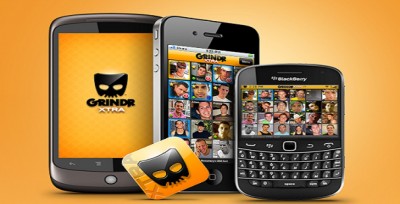 Woman’s suit against Lutheran youth pastor is first in an effort to get more to step forward.

A national team of lawyers has joined forces to focus on a group of children who are underrepresented in clergy abuse cases — namely, girls.

The group announced its first legal action Monday, a suit by a Minnesota woman who charges that she was sexually abused for several years in the 1970s by a former youth minister at Zion Lutheran Church in Hopkins.

Although 1 in 4 girls reports being a victim of child sex abuse in national studies, just a small fraction of them take advantage of laws that permit victims to seek legal remedy in decades-old cases, Patrick Noaker, a Minneapolis attorney who is part of the team, said at a news conference.

The relatively small number of women stepping forward is true not just for clergy sex abuse, said fellow team member Marci Hamilton. In general, girls are reluctant to report abuse by coaches, teachers, family members and family friends, Hamilton said. Yet all can be sued through the Minnesota Child Victims Act, which allows older abuse cases to have their day in court.

Similar laws are on the books in Hawaii, Georgia, Massachusetts and Connecticut, she said.

Fifteen other states considered passing similar laws last year, she said, and many are likely to do so again next year.

“We have an epidemic of child sex abuse,” she said. “I hope that women across the country will find their voices, so that the public will learn who are the hidden predators.”

The goal of the legal team is to make sure that women are aware that they can take their perpetrators to court — even if those perpetrators were not priests or ministers and even if it was decades past, Noaker said.

“The [Child Victims Act] was passed for everyone sexually abused in Minnesota, not just altar boys,” said Noaker.

Monday’s lawsuit was filed on behalf of a 52-year-old woman who says she was abused by the Rev. John Huchthausen, Zion Lutheran’s youth minister, beginning in 1974 when she was 12 years old. The girl was a member of the church.

He is now deceased.

The sexual abuse happened at and around the church, on youth retreats, and in other settings, the lawsuit charges. It says the church had knowledge of Huchthausen’s behavior, “but failed to act on the knowledge.”

The team handling the case includes Noaker, Hamilton, and Idaho-based attorneys Leander James and his law partner, Craig Vernon. Noaker has been representing child abuse and clergy abuse cases across the country since 2002. So has James, who has represented victims of the Diocese of Montana and the Jesuit Order in Oregon, among others.

The three attorneys will file the claims, lead the discovery of evidence and represent victims at trial, said Noaker.

Hamilton, a legal scholar on church-state issues, is a widely recognized national appellate lawyer. A child protection advocate, she has argued before the U.S. Supreme Court as well as consulted with state legislatures on the most effective child-protection laws.

Hamilton will handle legal challenges to the cases and appeals, Noaker said.

“It’s almost like we’re creating a larger firm,” said Noaker. “We almost have to. Whether it be a [Catholic] diocese or Lutherans or the Boy Scouts of America, they will engage a large number of lawyers to fight at every turn. We have to match that. That’s what we are doing here.”

Beyond priests and ministers, athletic coaches are a likely priority target of the group.

“Elite athletes tend to be most at risk,” said Hamilton. “They spend more time with their coaches, who have access to scholarships … and they spend a lot of time away from their families.”

The legal team is likely to take legal action on such a case early next year, she said.

A Greek bishop has reacted to the parliament taking the first steps to legalizing same-sex unions rather badly.

Orthodox preacher Ambrosios of Kalavryta has called on his faithful to ‘spit’ on gay people as they are ‘freaks of nature’.

He said: Spit on them! Blacken them! Vote against them! They are not human! They are freaks of nature! Mentally and spiritually sick! They are mentally insane!’

He added: ‘Wherever you see them, spit on them! Don’t leave them in peace! They are dangerous!’

The bishop’s horrific blog post follows the parliamentary committee beginning to discuss a bill two years after Greece was fined by the European Court of Human Rights for failing to allow same-sex couples to enter into domestic partnerships.

Prime Minister Alexis Tsipras has hoped to rectify this as soon as possible, but the strong religious groups and right-wing political groups are trying to stop the bill from becoming law.