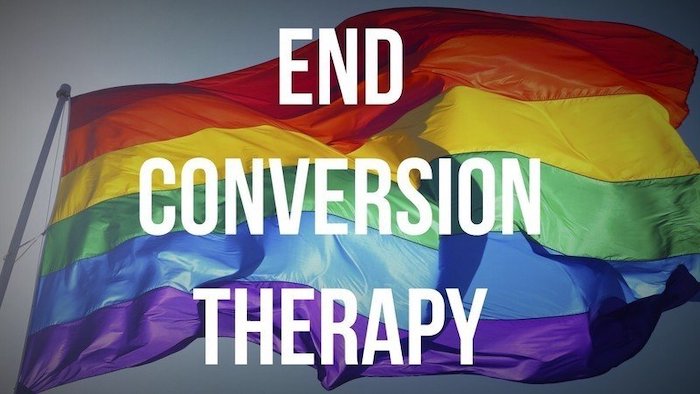 A Spanish human rights lawyer has named 70 practitioners and promoters of so-called ‘conversion therapy’ in Spain, among them Catholic bishops and priests.

In Saúl Castro’s new book ‘Ni enfermos ni pecadores’ (meaning ‘neither sick nor sinners’), he reveals the traumatic experiences of therapy survivors and identifies different kinds of therapy providers. Many of the people he identifies have never been publicly linked to conversion therapy before.

These range from self-proclaimed “identity coaches” who provide paid services online to “cure” what they call “homosexual obsessive compulsive disorder” to “ex-gay” leaders from the US who spread misinformation via the internet. Catholic schools and churches also promote conversion therapy to their members.

Conversion therapy, which claims to change a person’s sexual orientation, gender identity or gender expression, has been condemned by international health and human rights experts and is banned in many countries.

As a cisgender gay man, Castro takes this topic personally. “Conversion therapy is a sort of genocide,” he said. “They are offering mechanisms to make us disappear.”

He is also the founder of the association No Es Terapia (‘not a therapy’), which campaigns against conversion therapy in Spain.

In June, the Spanish government approved a draft of a wide-ranging bill to protect the rights of LGBTIQ people. It is particularly strong on rights for trans people, and seeks to classify conversion therapy as a “very serious administrative offence with penalties between €10,001 and €150,000” throughout Spain. The bill is currently going through parliament.

However, making conversion therapy an administrative offence – meaning it is not punishable with jail time – would not criminalise its practitioners or promoters in the way Castro says is needed.

Castro interviewed 15 survivors of conversion therapy during his three years of research for the book. They described some of the so-called ‘treatments’ they had experienced.

These included being instructed to flick a rubber band worn around their wrist whenever they felt attracted to someone of the same sex. In some sessions, they were told to strip and hug other naked same-sex participants, to “de-sexualise” their bodies.

He also discovered cases where, if the therapy ‘isn’t working’, psychiatrists prescribe patients medication for bipolar disorder or schizophrenia, because these drugs are known to suppress the libido.

Conversion therapy is a sort of genocide

Through his interviews with therapy survivors, Castro was able to reveal the names of several Spanish bishops who have promoted conversion therapy.

Last year, the Vatican conducted an investigation into Granada-based Verdad y Libertad (Truth and Freedom), an organisation that often recruits Catholic bishops and priests to promote and refer people to conversion therapy. The Vatican urged bishops not to participate in any activities run by the group, which has tried several times to be officially recognised as a faith ministry by the Catholic Church.

However, the church itself has never released the names of faith leaders involved with Verdad y Libertad.

Castro said that some bishops and priests would select their victims in parishes, dioceses and theological schools and “monitor their paths to ‘conversion’”. One such case involved a gay Spanish priest who was ordered to start conversion therapy by his parish.

“The worst part of the ‘therapy’ for him was being forced to record his masturbatory and homoerotic fantasies daily,” Castro said. Three times a day, for a year, the priest participated in group Telegram chats dedicated to conversion therapy, with more than 100 other participants. He had a ‘fake’ funeral and burial to symbolise “becoming a new person”.

“They had forced him to break his relationships with friends [and family] because they were ‘triggering’ his homosexuality,” said Castro. Eventually, he left the Telegram group, but “it took him so much to [do so].”

Castro is using the evidence he found to report both individuals and groups to regional authorities in Spain, and also to human rights offices at the United Nations that specialise in sexual orientation and gender identity.

All the way from the US

Paid-for online counselling sessions – in person or via books and audio – are another common channel for conversion therapy in Spain. While researching his book, Castro signed up for a couple of sessions to understand the practitioners’ motives.

One example is provided by US website Positive Approaches To Healthy Sexuality (PATH). Its $150 “counselor training program”, designed for therapists and ministry leaders who would in turn “assist” LGBTIQ people to change their “same-sex attraction” and enter heterosexual relationships. The training includes more than 18 hours of recordings and a 180-page manual.

It was devised by Richard Cohen, a prominent figure in the ‘ex-gay’ movement in the US, who identifies as a “former homosexual” and is now married to a woman and has three children. In 2002, he was permanently expelled from the American Counseling Association for multiple ethical violations.

“In Spain, the main discourse by perpetrators of conversion therapy stems directly from Richard Cohen,” according to Castro. He also says that “teenagers who lack education about the LGBTIQ community” are the “most susceptible” to Cohen’s ideas if they come across his books online.

In 2012, Cohen promoted his latest book, ‘Coming Out Straight: Understanding and Healing Homosexuality’, in Madrid during the sixth conference of the ultra-conservative network World Congress of Families (WCF).

A 2020 investigation by openDemocracy revealed that the WCF is linked to $280m of ‘dark money’ spent overseas by US Christian right groups since 2007. More money was spent in Europe than in any other region.

The late Joseph Nicolosi is another American practitioner of ‘reparative therapy’ – an alternative term for conversion therapy – with significant influence abroad. A Google search in Spain for “cómo dejar de ser gay” (‘how to stop being gay’) yields results for five books by Nicolosi.

‘Conversion therapy has to be criminalised’

“Conversion therapy has to be criminalised,” he said. “Our criminal code has to be amended, not only [to stop] impunity, but so that those who are responsible for promoting the practice and violence are locked up in jail… Fines are not a deterrent, but jail is.”

Spain is the home of CitizenGo, an ultra-Catholic, far-right advocacy group, which has created bailout funds for anti-LGBTIQ groups in the past.

Since the publication of his book in June, six more survivors of conversion therapy have contacted Castro. He encourages people to report cases to his organisation, No Es Terapia.

“I’m not hoping that [criminal proceedings] will happen,” Castro said. “I will make them happen.”