By Jason Horowitz and Elizabeth Dias

Pope Francis said on Tuesday that the Roman Catholic Church had faced a persistent problem of sexual abuse of nuns by priests and even bishops, the first time he has publicly acknowledged the issue.

Catholic nuns have accused clerics of sexual abuse in recent years in India, Africa, Latin America and in Italy, and a Vatican magazine last week mentioned nuns having abortions or giving birth to the children of priests. But Francis has never raised the issue until he was asked to comment during a news conference aboard the papal plane returning to Rome from his trip to the United Arab Emirates.

“It’s true,” Francis said. “There are priests and bishops who have done that.”

The pope’s admission opens a new front in the long-running scandal of sexual abuse by priests, recognizing nuns who have tried for years to call attention to their plight. With the #MeToo movement going strong, and Francis under pressure for neglecting the victims of child abuse, the nuns’ pleas have gained traction.

In November, the organization representing the world’s Catholic women’s religious orders, the International Union of Superiors General, publicly denounced the “culture of silence and secrecy” that contributed to abuse, and urged nuns to report abuse to law enforcement.

A top official in the Vatican office that handles sexual abuse allegations resigned last month after a former nun accused him of making sexual advances during confession. The official, the Rev. Hermann Geissler, chief of staff in the Vatican’s doctrinal office, denied the allegation, the Vatican said.

An article last week in Women Church World, the women’s magazine of the Vatican newspaper L’Osservatore Romano, blamed the abuse on the outsize power of priests.

“The abuse of women results in procreation and so is at the origin of the scandal of imposed abortions and children not recognized by priests,” wrote the article’s author, Lucetta Scaraffia, a feminist intellectual and the editor in chief of Women Church World.

Asked about these developments on Tuesday, Francis said that it was a continuing problem and that the Vatican was working on the issue. Some priests, he said, have been suspended.

“Should more be done? Yes,” Francis said. “Do we have the will? Yes. But it is a path that we have already begun.”

Francis recalled that his predecessor, Benedict XVI, had been “a strong man” who he said had sought to remove priests who committed sexual abuse and even “sexual slavery.”

Francis spoke about a case in which Benedict dissolved an order of nuns “because a certain slavery of women had crept in, slavery to the point of sexual slavery on the part of clergy or the founder.”

A Vatican spokesman, Alessandro Gisotti, said later that Francis was referring to the Contemplative Sisters of Saint-Jean, a small group in France that confronted a variety of problems.

Even though the abuse of nuns gets less attention than the abuse of children and young men, it is not new. In the 1990s, as the child sex abuse crisis was starting to emerge in the United States, leaders of women’s religious orders wrote several reports calling attention to cases of priests abusing nuns.

Many examples came from Africa, where priests were said to have turned to nuns for sex during the spread of AIDS. One sister at the time, Maura O’Donohue, wrote of a case in Malawi where priests impregnated nearly 30 sisters in one congregation. When they complained to the archbishop, she wrote, they were replaced.

Last year, a nun in India accused a bishop of repeatedly raping her between 2014 and 2016. The bishop was arrested after she reported him to the police, a decision that divided the local Catholic community. Many priests celebrated when the bishop, who faces trial this year, was released on bail.

In a high-profile case in Chile, the Vatican is investigating reports that priests abused nuns. Current and former nuns said the women had been removed from the order when they reported the abuse.

Last summer, an investigation by The Associated Press found cases of abuse of nuns in Europe, Asia, Africa and South America, and reported that the Vatican had not adequately punished offenders or supported victims.

At a conference in Pakistan recently, Sister Rose Pacatte, who is based in Los Angeles, spoke to leaders of women’s religious orders on how to prevent abuse.

“Don’t report to bishop or priest as the first step to deal with the situation,” warned one slide in her presentation. “They may be the abusers or may protect them.”

Last year, Mary Dispenza, a former nun who works with the Survivors Network of Those Abused by Priests, a victims’ advocacy group, helped popularize the hashtag #nunstoo on Twitter. She intended to gather stories of people abused by nuns, but started to hear from nuns about abuse by priests.

“I’m really angered by the words of the pope just now,” Ms. Dispenza said in a telephone interview on Tuesday. “I am angered by the Pope not standing up and really speaking out about the tragedy, and actions he will take.”

The majority of the pope’s visit to the United Arab Emirates was focused on interreligious dialogue with the Muslim world, and it culminated with the signing of a sort of manifesto for brotherhood with Ahmed al-Tayeb, the grand imam of Egypt’s influential Al Azhar mosque.

Asked on the plane home about conservative criticism that he had been Pollyannaish in his approach to the Middle East and been taken advantage of by the Muslim sheikhs, Francis joked, “Not only the Muslims,” and noted that his critics felt he had been manipulated by just about everyone.

But he said the document he signed was on strong theological footing.

“I want to say this clearly, from a Catholic point of view, the document has not moved a millimeter” from church teaching codified in the Second Vatican Council. He said he took the extra step of having the document vetted by a tough Dominican theologian, who approved it. “It’s not a step backward,” he said. “It is a step forward.”

He also made it clear that he had continued to voice his concerns about the persecution of Christians in the region — which he said his flock knew all too well — but that either “me or another Peter,” meaning a successor pope, would surely visit more Muslim countries.

Earlier Tuesday, the pope celebrated Mass at the Zayed Sports City Stadium in Abu Dhabi before roughly 135,000 Catholics, many of them migrants from India, the Philippines and South America, who had come to the Emirates to work.

The Mass, also attended by 4,000 Muslims, was the largest public celebration of a Christian rite in the history of the Muslim country, where the worship of other faiths is tolerated but is not typically done in such a public way.

The next major event on the pope’s schedule is a meeting with presidents of the world’s bishops’ conferences at the end of February in Rome to focus on a response to the global sex abuse crisis that is threatening the pope’s legacy and the moral capital that is the currency of his pontificate. 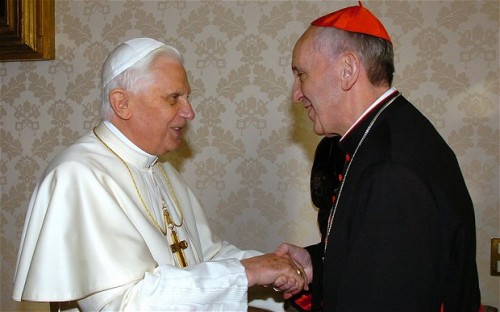 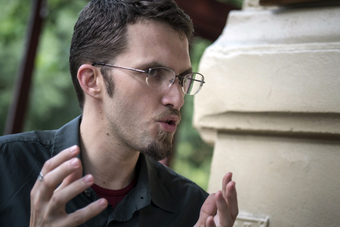