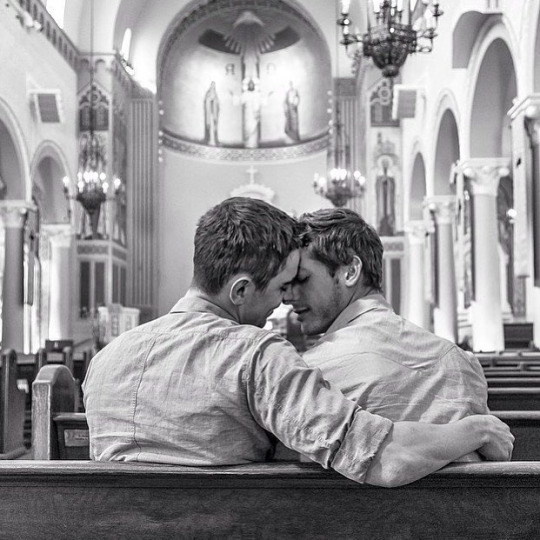 A number of Catholic colleges and universities across the country are sponsoring or are allowing events on campus in the next week to mark “National Coming Out Day,” a day to celebrate “coming out as lesbian, gay, bisexual, transgender, queer (LGBTQ) or as an ally.” According to the LGBT activist group Human Rights Campaign, which actively works against the Catholic Church on issues of human sexuality, October 11 marks the 28th anniversary of the celebration.

“Coming out” refers to the phrase “coming out of the closet,” used to express when one publicly declares their attraction 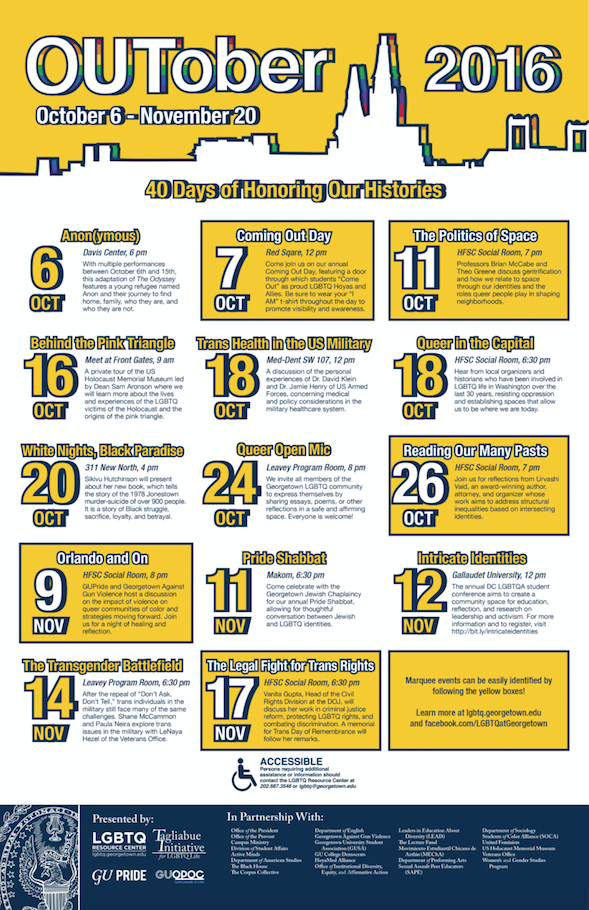 to members of the same sex. These sexual attractions are referred to in our current culture in terms of “identities” that define an individual. “Coming Out Day” celebrations serve to lead persons to embrace and be proud of those “identities,” which are rooted in sexual attractions and lifestyles considered either disordered or immoral by the Church.

Same-sex attraction is not a sin, but is referred to as “disordered” and a “trial” for those experiencing those attractions in the Catechism of the Catholic Church. The Church does teach that same-sex sexual activity is a mortal sin, as is all sexual activity outside the confines of marriage, as understood by the Church.

Despite the mandate of Catholic institutions of higher education to teach and lead students to the truth in Christ, many Catholic colleges continue to support “Coming Out Day” celebrations while completely avoiding events to help students understand Church teaching on sexuality, chastity and gender.

“Events like ‘Coming Out Day’ run the risk of equating a person’s identity with his or her sexual attractions, which, although they form a significant part of a person’s experience, are only one factor in the whole complex reality of what it means to be a human being,” said Father Philip Bochanski, newly appointed executive director of Courage International, in an interview with The Cardinal Newman Society last year. “Promoting events that reduce a person’s identity to his or her sexual attractions betrays our Catholic faith in the dignity of the human person, and does a disservice to those it claims to defend.”

‘Coming Out’ at Georgetown

Georgetown University, America’s oldest Catholic college, is sponsoring a “Coming Out Day” celebration along with events during the entire month of October leading students to celebrate and embrace LGBTQ “identities.” Last year the Newman Society reported on the expansion of the university’s “OUTober” events to focus more on “transgender” students who wish to be recognized as a gender that differs from their biological sex. This year the focus is on “honoring our histories” according to the university’s LGBTQ Resource Center website.

“Coming Out Day” in Red Square, Georgetown’s “free speech” zone, kicks off the OUTober events on October 7. “Come join us on our annual Coming Out Day, featuring a door through which students ‘come out’ as proud LGBTQ Hoyas and Allies,” the event description reads. “Be sure to pick up and wear your ‘I AM’ t-shirt throughout the day to promote visibility and awareness.”

Georgetown’s “I AM” campaign encourages students and faculty to tell their personal stories of embracing their same-sex attraction and gender identity confusion. Georgetown’s LGBTQ Resource Center produced a series of videos with students, faculty and staff giving their testimonies.

The listed partners for the OUTober events include Georgetown’s Campus Ministry and Department of Theology. None of the event descriptions include mention of Catholic teaching on human sexuality and chastity.

In their 2006 guidelines on ministering to those with same-sex attraction, the U.S. bishops stated: “Love and truth go together. … The Church cannot support organizations or individuals whose work contradicts, is ambiguous about, or neglects her teaching on sexuality.” The document reaffirmed a 1986 letter to bishops issued by the Vatican Congregation for the Doctrine of the Faith that stated: “[W]e wish to make it clear that departure from the Church’s teaching, or silence about it, in an effort to provide pastoral care is neither caring nor pastoral.”

‘Coming Out’ at Other Catholic Colleges

The student group PRIDE at the University of San Diego (USD) is scheduled to hold a “National Coming Out Day” celebration which aims to “encourage the USD community to ‘come out’ as LGBTQ and Ally and embrace our many identities.” Peter Marlow, associate vice president of university communications at USD, told the Newman Society that the event is not sponsored by the university and the university is committed to embodying the Church’s teachings on marriage and human sexuality. But the event is being promoted using university resources on the USD website.

Marquette University in Milwaukee, Wis., is celebrating “Coming Out Day” on October 11. The university’s LGBTQ+ Resource Center and the Center for Gender and Sexualities Studies developed a series of events to promote October as “LGBTQ+ History Month.”

The College of the Holy Cross in Worcester, Mass., is holding a “Coming Out Coffee House” on October 20, described as “An open mic space for LGBTQIA individuals to tell their coming out stories.”

Sponsored by the Gender and Sexuality Center, “National Coming Out Day” will be celebrated at the University of San Francisco with “a quick interactive game” and an “interactive collaborative art piece.” “There are so many words to describe the different identities around gender and sexuality within ourselves, but are they enough? Do we even know all what all these words mean?” the event description reads.

The student club PRIDE at Fordham University’s Rose Hill campus is commemorating “LGBT History Month” with a “Coming Out Week.” A representative of the university’s Office of Multicultural Affairs told the Newman Society that events during the week will include an opportunity to speak at a coffee shop, a door through which people can “come out” as LGBT or as allies, and a trivia night.

Saint Mary’s College in Moraga, Calif., which embraces the label of “one of the most LGBT friendly Catholic campuses in the country,” held a “Coming Out Week LGBTQIA Bingo” on October 3.

Fr. Bochanski told the Newman Society last year that silence from Catholic colleges on the issues of chastity and sexual morality not only confuses students “but makes it more difficult for them to hear and live by the truth of the Gospel, which is that chastity sets a person free to love authentically.”

“Catholic institutions should defend the rights and dignity of those who experience same-sex attractions by promoting the whole teaching of the Church: that these brothers and sisters of ours ought to be welcomed with respect and compassion, and ought to receive every support we can give them to live virtuous, chaste lives,” he said.