The pontiff is to give more women top jobs and break the grip of Italian cardinals, his key aide tells John Follain in Vatican City

POPE FRANCIS plans to appoint lay women to top jobs in the Vatican and to dilute the power of Italian cardinals in a radical shake-up of the Catholic Church’s government following a series of scandals. 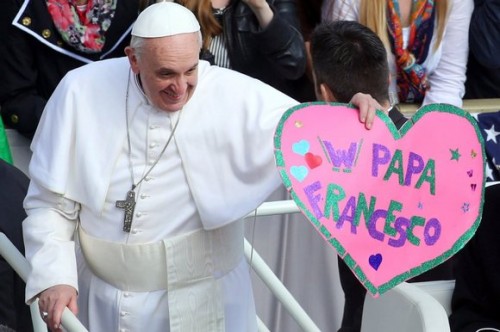 In a move branded as “revolutionary” by Vatican watchers, the Pope last weekend appointed eight cardinals to advise him on the governance and reform of the Curia, the church’s bureaucracy which has been tainted by controversies over child sex abuse by priests, leaks of papal files and allegations of corruption.

In an interview with The Sunday Times, Cardinal Oscar Andres Rodriguez Maradiaga of Honduras, whom Francis named to head the panel and who is now seen as a “power behind the papal throne”, predicted a difficult fight ahead for the Argentine pontiff.

One Reply to “Pope’s strongman blasts old guard aside”