The Onion is always good for a laugh.

EDMOND, OK—Following weeks of deliberation during which he carefully considered what sort of life he wanted for himself, 4-month-old baby Nathan Reynolds announced Wednesday that he had decided to be homosexual. 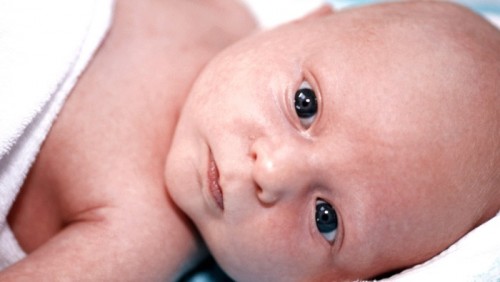 “I thought about it for a long time,” said Reynolds, who took into account both how his peers would view him and how he would be treated by society at large before determining his sexual orientation. “I weighed the pros and cons of homosexuality, and ultimately I decided that it was the right thing for me.”

The 16-week-old infant, who admitted that he was fully aware of the negative consequences associated with choosing to be attracted to members of the same sex, claimed that he was now prepared to go through life struggling with rejection, intolerance, and unprovoked hostility.

In addition, Reynolds confirmed that he opted for homosexuality despite very serious concerns about sustaining permanent psychological damage from a lack of acceptance from family members and fearing the stigma of publicly displaying affection for another man.

“Of course, I wasn’t certain of anything at first, but when I finally made up my mind to be gay, I was conscious of the fact that loved ones would repeatedly tell me that I’m not normal,” said the 4-month-old baby who made the decision before reaching the developmental milestone of head control. “Even though I’ll be subjected to ignorant homophobic attitudes and countless anti-gay slurs, the choice of homosexuality really works for me.”

Reynolds, like all infants when they reach the ages between 2 and 10 months old, was intent on determining his sexual orientation, emphasizing that his decision was “just a lifestyle choice and nothing more.” While every baby reportedly makes a commitment to being heterosexual, homosexual, or transgender, Reynolds revealed that each infant has different reasons for their decision, explaining that gay felt like a good fit for his personality and disposition.

“My selection of a sexual preference was the product of a great deal of self-reflection,” said the newly homosexual infant, who added that he reached his decision completely on his own and was not influenced by his genetic makeup or any circumstances beyond his control. “If my sexuality means I get bullied at school, or that I end up feeling unloved and shunned for my entire life, or that I don’t receive equal protection under the law, then obviously that will be my own fault.”

Reynolds reportedly acknowledged that heterosexuality would have had some benefits, such as the universal right to marriage, the ability to adopt children without fear of scrutiny, and the feeling of being validated by his religion. However, the 16-week-old infant said that, in the end, he had decided to identify with a small minority that lacks many basic rights.

“Who knows? Maybe I’ll even change my mind at some point,” said Reynolds, explaining that he can, at any time, freely choose whom he is attracted to. “If I wake up one day and don’t want to be gay anymore, then I can just switch to being heterosexual, easy as that.”

“After all, it’s not like I’m stuck with this decision for the rest of my life,” Reynolds added.