‘What moves us is the experience of loneliness – as elderly people who are unmarried because our office required this from us, we feel it vividly on some days after 50 years on the job’ 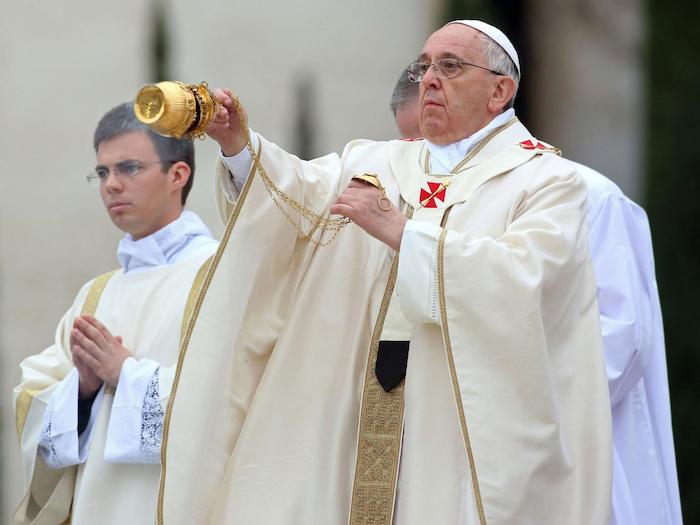 The Catholic Church should end the celibacy vow, a group of senior priests in Germany has said.

In an open letter, the group of 11 high ranking clerics said every man should have the right to choose to take the vow or not.

The retired clerics were ordained in Cologne in 1967, and wrote the letter as part of a review of their 50 years in the Catholic church.

“We believe that requiring that every man who becomes a priest to remain celibate is not acceptable,” group member Franz Decker told DW.

“We think, every Catholic should be allowed to choose if they would rather be celibate or not, regardless of whether they want to work as priests or not – just like in the Protestant Church or the Orthodox church, really, every church but the Catholic Church.”

The group argue celibacy causes many modern priests to suffer from seclusion and believe the men have little to gain from church-imposed solitude.

“What moves us is the experience of loneliness – as elderly people who are unmarried because our office required this from us, we feel it vividly on some days after 50 years on the job… We agreed to this clerical life because of our jobs, but we didn’t choose it,” the group wrote.

The letter also makes a number of suggestions as to how the Catholic Church could “modernise”, including allowing women to join the clergy.

Clerical celibacy has often been an issue of contention in the Catholic Church.

The discipline, believed to have been introduced in the fourth century, requires men to be unmarried in order to be ordained, and to practise sexual abstinence.

Proponents of clerical celibacy see it as “a special gift of God” where they can devote themselves to their religion more freely.

However, according to theologian Wunibald Müller, many priests struggle with the vow. He says some overcompensate for their  loneliness by over-eating, drinking to excess or worse.

“Even if you decide to live celibate, your sexuality is still there,” he said

“If someone suppresses their desires, for warmth, for intimacy, this can backfire – they are more likely to cross a line, to abuse their position of trust to get intimacy.”

One Reply to “Retired Catholic priests call for abolishment of celibacy”