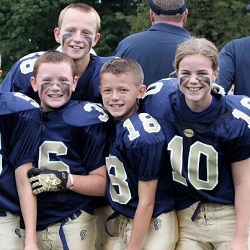 For such a conservative group of middle-aged and elderly men, the Princes of the Church do seem to have a few surprises up the sleeves of their vestments. The 115 cardinals sequestered themselves in the Sistine Chapel on Tuesday, and emerged on Wednesday with tidings of a new Pope – and not one very many people expected.

Jorge Mario Bergoglio, the archbishop of Buenos Aires, was elected Pontiff and rechristened himself Pope Francis, signifying his humility and support for the poor and oppressed. He’s the first Jesuit to be made pope, and the first non-European in twelve hundred years to become heir to St. Peter.

Last week, Michael Enright interviewed the preeminent Catholic theologian, Hans Küng, about the crisis in the Catholic Church and the need for reform and liberalization (click here to read).

At the time, Dr. Küng wasn’t very optimistic about the prospects of the current cohort of cardinals choosing a reform-minded Pope. But the election of Francis has restored hope in many of the faithful, that reform in the Vatican might be possible.

We checking in with Dr. Küng again for his thoughts on Pope Francis. Micheal Enright spoke to Dr. Küng from his office in Tübingen, Germany.