The Belleville-based Catholic Social Services of Southern Illinois is getting a new name and is splitting with the Catholic church in an attempt to maintain its state contracts to provide foster and adoption services. 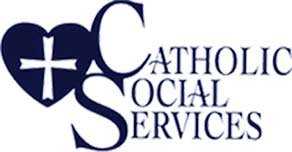 The new organization will be called Christian Social Services of Illinois and will be ending its relationship with the Catholic Diocese of Belleville, according to a joint announcement from the Diocese and Social Services.

“Unable to remain faithful to the moral teaching of the Catholic Church while adhering to the Illinois Religious Freedom Protection and Civil Union Act, the 64-year-old social service agency chose to dissociate from the Diocese,” the Belleville Diocese said in a prepared statement. “It is hoped that this new entity will experience no interruption in its services and programs.”

Social Services Executive Director Gary Huelsmann said he didn’t like that the organization was separating from the church but said the move was necessary.
“This solution is what is best for the children by providing for their continuity of care and allowing for the retention of the caring, dedicated and professional staff employed by the agency,” Huelsmann said.

The changes come after months of legal wrangling that has followed the Illinois Department of Children and Families Services’ decision to terminate contracts with Catholic Charities agencies because they refused to place foster-care children with unmarried couples, including those in civil unions.
State officials believe a new state law requires placements in those homes. Catholic Charities said its religious beliefs were being violated and the organization should not be forced to make placements.

“We had to make a choice,” Huelsmann said. “It was a very difficult choice.”
The new Social Services will allow placements to civil unions, Huelsmann said. The agency also withdrew earlier this week from a lawsuit filed by Catholic Charities in response to the state’s decision.

Huelsmann said his organization is currently negotiating with the state to maintain foster care and adoption contracts that were to end Nov. 30 and to start receiving new cases. Catholic Charities had not had any foster care cases transferred to new agencies since the department’s decision to terminate the contracts but it hadn’t received any new cases either.

Losing the state contracts for foster care and adoption services would be a huge financial blow to Social Services, considering they account for 72 percent of the organization’s annual revenue of $13.1 million, according to Huelsmann. He had said the loss of that state revenue could have forced the organization to lay off three-quarters of its 187 employees.