Now that Cardinal O’Brian won’t be screeching from the sidelines, maybe they can get on with the business at hand.

by Joseph Patrick McCormick
The first clause of the equal marriage bill has passed in the committee considering it in the UK Parliament today. 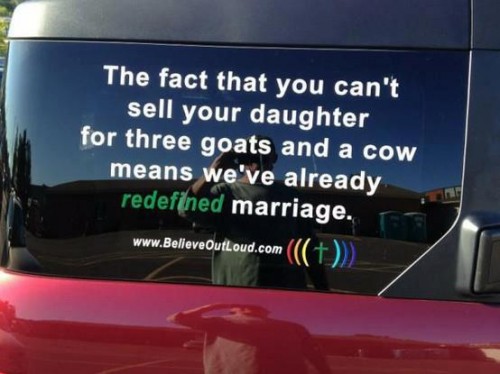 Clause 1 of the Marriage (Same Sex Couples) Bill passed committee stage 13 votes to 4, and is being considered by the Public Bills Committee in the House of Commons.

This is the first clause of eighteen to pass, as the committee must pass each clause individually, possibly making recommendations for amendments.

“It allows same-sex civil marriage ceremonies to be carried out in register offices and on approved premises (such as hotels), and marriages of same sex couples in religious buildings (other than those used by the Church of England and Church in Wales), and in accordance with the Jewish and Quaker faiths and for overseas consular and armed forces marriages.”

Earlier in February, MPs in the British Parliament voted in favour of the Marriage (Same-Sex Couples) Bill by 400 to 175, a majority of 225.

The bill is currently receiving greater parliamentary scrutiny – after the Commons committee has completed its work – the bill will then be subjected to another vote (third reading) by MPs and it will then undergo a similar process of approval in the House of Lords.