The U.K. House of Lords passed Prime Minister David Cameron’s bill to allow same-sex marriage, sending it back to the lower House of Commons for final agreement. 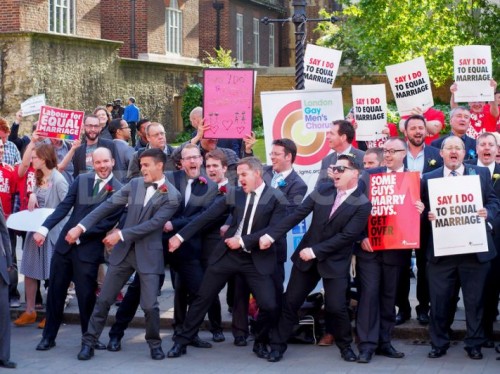 The upper, unelected chamber approved the Marriage (Same Sex Couples) Bill without a vote in London today. Some members of the house wore pink carnations to mark the occasion.

The legislation has already been passed by the Commons amid opposition from more than 100 lawmakers from Cameron’s Conservative Party. The bill will now return to the Commons, where amendments introduced by the Lords will be considered. If they’re accepted, the bill will be sent to Queen Elizabeth II for her signature before becoming law.

The plan to introduce gay marriage has pitted Cameron against many in his own party. Activists say it is driving Conservative voters toward the U.K. Independence Party, which made gains in local elections in May at the expense of the Tories and their Liberal Democrat coalition partners.

The prime minister was only able to get the legislation through the Commons with the support of the opposition Labour Party.