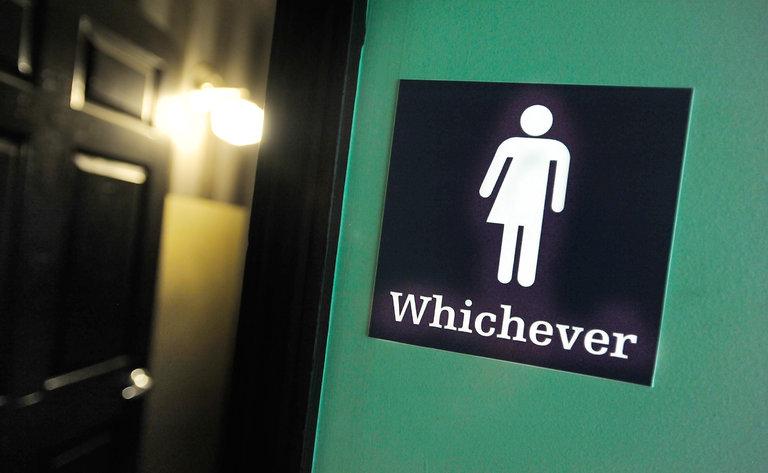 In the 1970s a cousin of mine, Paula Grossman, became one of the first people in America to undergo sex-reassignment surgery. As Paul Monroe Grossman, Cousin Paula had been a beloved music teacher in New Jersey. She was fired after her surgery, and she subsequently lost her lawsuit for wrongful termination based on sex discrimination (though a court did rule that she could receive a disability pension). The story was all over the news back then; I’d like to think it would have ended differently today.

Forty years after the Supreme Court refused to hear Paula’s appeal in 1976, the transgender story is still unfolding. This month, a transgender high school student in Virginia lost the right to use the restroom of his choice when the Supreme Court temporarily blocked a lower court’s order. Still, for the first time it is possible to imagine a ruling from a fully seated Supreme Court to comprehensively outlaw discrimination against transgender people. There is real reason to be hopeful, even if social prejudices don’t disappear overnight.

I’m a rabbi, and so I’m particularly saddened whenever religious arguments are brought in to defend social prejudices — as they often are in the discussion about transgender rights. In fact, the Hebrew Bible, when read in its original language, offers a highly elastic view of gender. And I do mean highly elastic: In Genesis 3:12, Eve is referred to as “he.” In Genesis 9:21, after the flood, Noah repairs to “her” tent. Genesis 24:16 refers to Rebecca as a “young man.” And Genesis 1:27 refers to Adam as “them.”

Surprising, I know. And there are many other, even more vivid examples: In Esther 2:7, Mordecai is pictured as nursing his niece Esther. In a similar way, in Isaiah 49:23, the future kings of Israel are prophesied to be “nursing kings.”

Why would the Bible do this? These aren’t typos. In the ancient world, well-expressed gender fluidity was the mark of a civilized person. Such a person was considered more “godlike.” In Ancient Mesopotamia and Egypt, the gods were thought of as gender-fluid, and human beings were considered reflections of the gods. The Israelite ideal of the “nursing king” seems to have been based on a real person: a woman by the name of Hatshepsut who, after the death of her husband, Thutmose II, donned a false beard and ascended the throne to become one of Egypt’s greatest pharaohs.

The Israelites took the transgender trope from their surrounding cultures and wove it into their own sacred scripture. The four-Hebrew-letter name of God, which scholars refer to as the Tetragrammaton, YHWH, was probably not pronounced “Jehovah” or “Yahweh,” as some have guessed. The Israelite priests would have read the letters in reverse as Hu/Hi — in other words, the hidden name of God was Hebrew for “He/She.” Counter to everything we grew up believing, the God of Israel — the God of the three monotheistic, Abrahamic religions to which fully half the people on the planet today belong — was understood by its earliest worshipers to be a dual-gendered deity.

It may come as a surprise that scientists view gender as anything other than a simple binary. But thousands of years ago, as a review of ancient literature makes clear, that truth was known. In court challenges, administrative directives and popular culture, the issue is playing out in real time, before our eyes. But behind the unfolding legal drama lies the reality of human nature: the fact that gender is not, nor has it ever been, a matter of “either/or.”

Gender, as Cousin Paula might have put it, is more like music: Each of us has a key and a range with which we are most comfortable. Attuned to ourselves and to one another, we can find happiness and harmony.